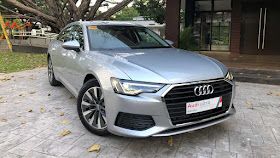 The all-new 2020 Audi A6 came at a time when the talk of the town was all about SUVs and crossovers. The shift in the spotlight puts focus on a segment that has taken a backseat for a good number of months in the past year: the mid-sized luxury sedan. That being said, the Audi A6 has a lot to be proud of. While it once had the aura that is likened to an accomplished middle-ager, it has since elevated with enhanced sportiness and modernity, keeping the understated elegance Audi is known for, intact. This gives it a bolder, more updated look that opens that A6 to a wider, younger market that is ready for its first upgrade.

Starting with the front-face, the A6 greets you with a strong, solid, but carefully rounded jawline that is held together by a low-set Singleframe grille. The matrix LED headlights with DRLs on either side balance out the powerful structure, giving it a friendlier demeanor. The side profile of the A6 is likewise well-thought of. The overall rounded edges are reminiscent of the German design heyday. Despite the sportiness of the front-face, the taut roofline seamlessly extends all the way to the base of the trunk, creating one fluid line from nose to tail—the epitome of minimalist design and structure. This is where Audi retains its signature elegance, in spite of the contemporary update. 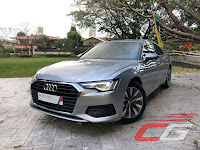 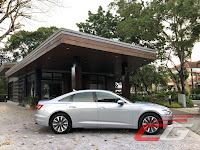 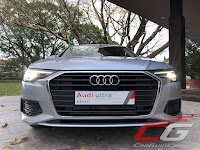 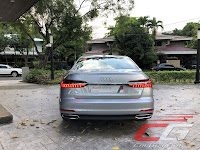 Opening the door is what makes the Audi undoubtedly German. That whisper-like woosh that sounds like the release of a vacuum enclosure and the heavy, solid feel of the door itself tells you that this car was made for the long haul. Because it’s an Audi, you can expect nothing but the plushest interior finish, with luxurious, premium leather for the power seats and finishing, suede details; all combined with black, piano-gloss panels.

Taking centerstage is the all-digital Multi Media Interface touch response displays that house the car’s infotainment system, as well as climate control system. While the 10.1-inch monitor is impressively sleek, melting quietly into the dashboard’s dark, decorative surface, the functionality needs some work. The interface itself was a challenge to navigate, making it tedious to use while on the move. 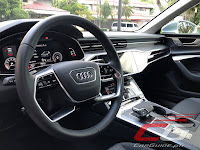 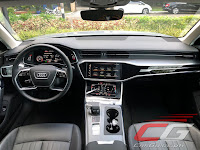 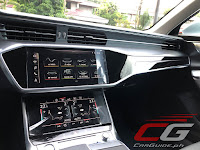 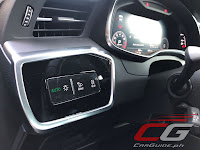 Connectivity (via Bluetooth) was another issue. Even when your device has already been paired previously, the system fails to automatically detect the device the next time that you are in the vehicle. In this case, you would have to go through the MMI’s settings once again. Not the best thing to encounter when you’re already in a rush.

In terms of space, the front row is generous for both the driver and passenger, with wide individual seats and leg room that allows a comfortable stretch for those long journeys. The driver can expect adequate 4-way lumbar support and adjustable seat angling to make it easy on the knees. What is lacking here is the option for higher seat height. As it stands, the A6 is challenging for shorter individuals to see past its dome-like hood. 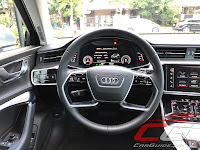 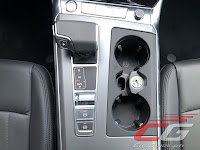 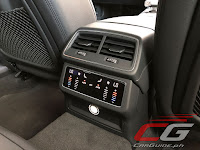 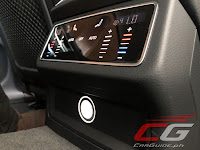 The backseat is slightly tighter than the front row. Because of the center hump, fitting three is possible, but the most comfortable would be two adults. Commendable though is the decision to add a full climate control system incorporated into the center console that mimics the main controls at the dashboard. The practicality of the A6 extends to its cargo hold, which is an impressive 388-liter trunk, too. Moreover, it has an electronically opening trunk lid (rare for sedans) that makes it convenient for loading and unloading.

Getting comfortable behind the wheel of the Audi A6 took some mental conditioning. The first is to disregard the fact that you are now about to drive a P 4.5-million car. The second is adjusting to the seat height. For a petite, average-height female, it was a challenge for me to easily see over the dome-like hood of the A6, even at the seat’s maximum height level. Lastly, since the MMI system took a while to get familiar with and the Bluetooth pairing did not automatically reconnect, I made sure all was synced and ready to go before taking off, which took a few good minutes, at best. 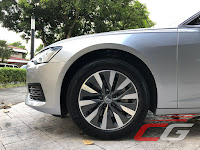 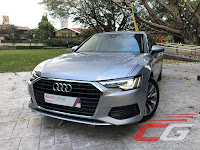 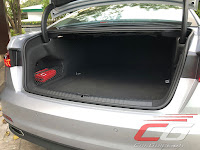 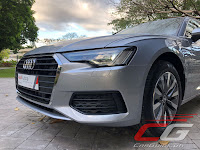 Still, the Audi A6 was made for the road. Its 2.0-liter turbocharged 4-cylinder engine did not disappoint as the power smoothly kicks in with every acceleration. It was responsive, but easy to control. The truth was, coming into this review on a clean slate, I did not even notice that it ran on a (7-speed) dual-clutch transmission, given the control and stability it offered. Normally, I experience a less-than-smooth experience with dual-clutch transmissions, but the A6 had none of that.

It was also surprisingly simple to maneuver through gritty, tight traffic, despite its actual width. Even when it was slightly difficult to see over the hood, the visibility around the rest of the vehicle was easy to estimate. Overall, the Audi A6 was a classic that you would look forward to driving every single day, because of ease and comfort, despite the city’s road congestion. 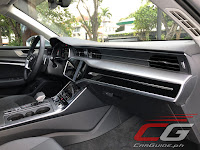 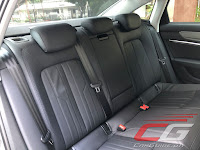 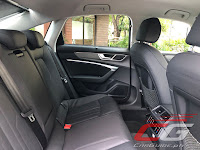 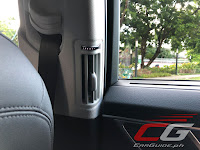 All things considered, the Audi A6 may not be the initial choice for a car, perhaps partly because of its price tag. But if that is the case, you’re not the target market for this car. It is, however, a great luxury sedan upgrade for those coming from a more mainstream executive sedan like the Honda Accord, Toyota Camry, or Mazda6. Think of the A6 as the car for the successful mogul that has gone through life’s ranks, rewarded himself, and is finally enjoying the fruits of his labor on his own terms.

Words and Photos by Gen Tiu. 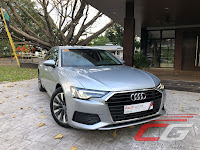 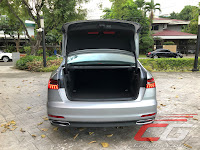 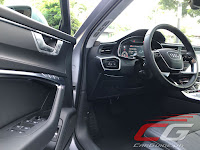 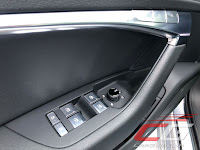