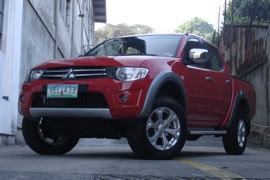 Let’s face it: it’s hard to fall in love with a pick-up truck, let alone imagine using one every single day. It’s designed to be first and foremost a workhorse—it’s the thing utility companies use to install your cable television or fix your broken internet connection. You didn’t care how it looked or how it went over ruts; what’s important is that it can haul your stuff. Well, not anymore. The arrival of the luxury pick-up trucks in the late 1990’s; particularly the gigantic American ones transformed the lowly pick-up into a status symbol. And now, the Japanese brands are in on the act. 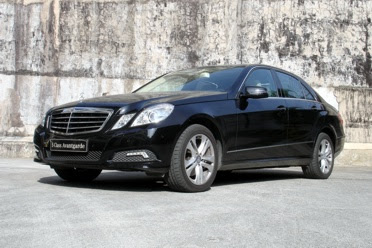 It’s not everyday you get to drive a legend; let alone twice.  Even before setting foot inside the 2010 Mercedes-Benz E-Class, you know you’re about to taste a piece of history, a history that starts way back in 1953.  At the time, there was no Beatles, the American Civil Rights Movement was still in its infancy, and a bottle of Coca-Cola cost just 4 cents.  And yet, Mercedes-Benz was already creating waves with its W120 sedan, now lovingly referred to as the “Ponton”. 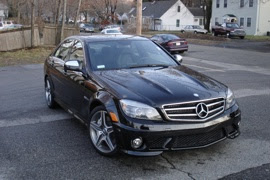 Flying halfway across the world, the least thing I would have expected was to meet my wife’s tito—who happens to share the same passion as I do: fast cars. But as if fate waved its magic wand, that’s exactly what happened and how I ended up at a Mercedes-Benz dealership south of Boston, Massachusetts. Stepping into Tito JC Cabanos’s corner office is like stepping into the McLaren-Mercedes trophy room: on display were shimmering awards and trophies. Yet, JC’s passion for the three-pointed star doesn’t end with his sales accolades: hung on the wall was a painting of Sterling Moss’s 300 SLR and on his desk, a shot of him sitting in a late-model SL, with oddly enough, a large lobster draped on the hood. After exchanging tales of kamustas, JC decided that there was no better way to heighten the Mercedes experience than driving one of the most formidable Mercedes-Benz cars on the road today: the C 63 AMG.