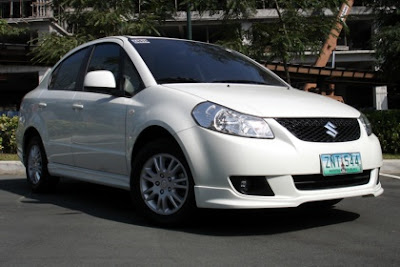 Success plays mind games on people.  Sometimes it pushes you to do greater things, sometimes it makes you complacent and sometimes it makes you do silly things.  Take Michael Phelps for example: the sheer weight of eight Olympic gold medals hung around his neck had caused him to smoke pot.  In front of the camera no less.  And much like Phelps, Suzuki is leaning towards downright silliness.  The sheer success of their Swift sub-compact has caused them to move up the automotive ladder.  They set their sights on the Mazda3 and the Honda Civic with (drum rolls please) the SX4 Sedan.  That’s a pretty tall order considering that the SX4 has a wheelbase of just 2,500 mm—making it even shorter than even Honda City.