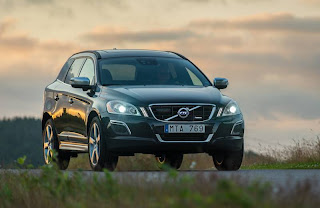 The 2013 Volvo XC60 earned a TOP SAFETY PICK+ in the Insurance Institute for Highway Safety's (IIHS) new small overlap frontal crash test, currently making it the first and only midsize luxury SUV to achieve such results.

Thanks to its top marks in the latest test, Volvo is now the only luxury manufacturer with two TOP SAFETY PICK+ vehicles. The 2013 Volvo S60 sports sedan received the Institute's highest safety honor in an earlier test.

"We're so confident in our safety heritage that we went ahead and volunteered the XC60 for the test," said VCNA President and CEO John Maloney. "We don't design our vehicles to pass a specific crash test; we design them to pass the most important test of all, everyday life."

The 2013 Volvo XC60 and S60 both earned the top rating of "good" in the tests. IIHS rates vehicles good, acceptable, marginal or poor based on performance in a moderate overlap frontal crash, small overlap frontal crash, side impact and rollover, plus evaluations of seat/head restraints for protection against neck injuries in rear impacts. TOP SAFETY PICK+ winners must earn good ratings for occupant protection in at least four of five evaluations, with no less than acceptable in the fifth test.
at 6:00 AM