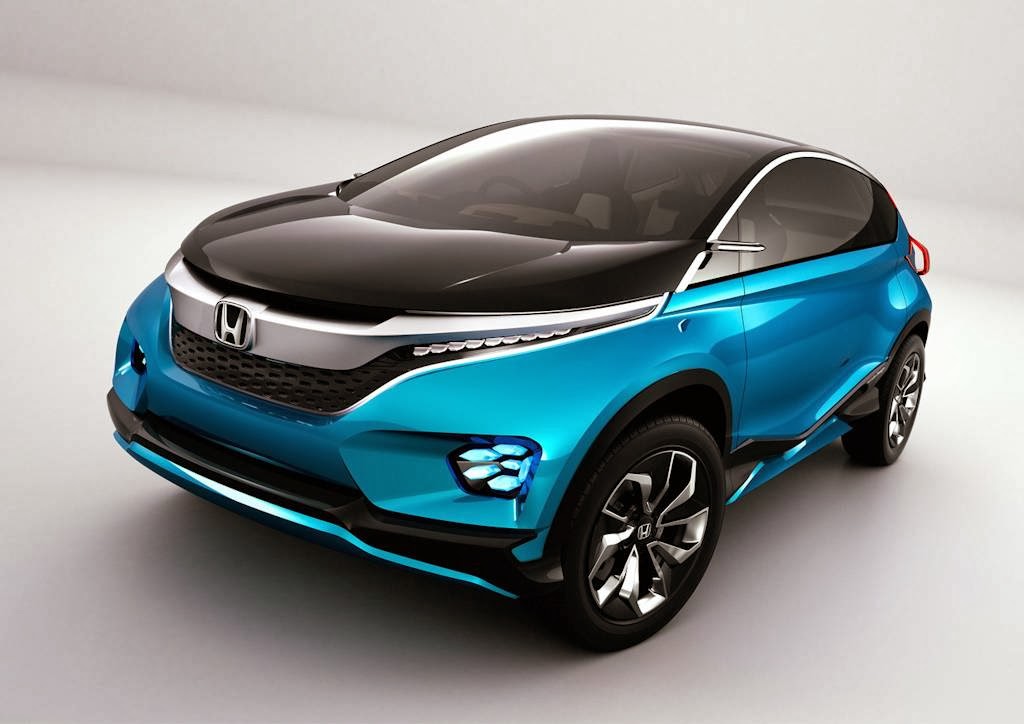 After launching Honda’s new global B-segment crossover, the Vezel, at the 43rd Tokyo Motor Show 2013, reports out of Honda headquarters seem to point out that engineers may have to go back to the drawing board because of the unfavorable exchange rates that will make the sophisticated Vezel uncompetitively priced in emerging markets such as India and even the ASEAN.

Unveiled at the Auto Expo 2014 in Pradesh, India, the Honda Vision XS-1 Concept could very well be that new Vezel. Though the XS-1 is a “creative study model”, with no plans for production, it certainly looks promising by fusing together two seemingly different segments: the crossover and the MPV. Despite the XS-1 Concept’s ultra-compact form, it actually seats seven adults and even features rear sliding doors for easy ingress/egress.

The Honda XS-1 Concept also wears the new “Exciting H Design” design philosophy with the typical concept car cues such as non-existent lights, large rims, and so forth. If Honda does green light the XS-1 Concept for production, expect it to measure it almost exactly like the EcoSport (to take advantage of Indian tax perks) but with a seven-seater capacity. Sounds interesting.