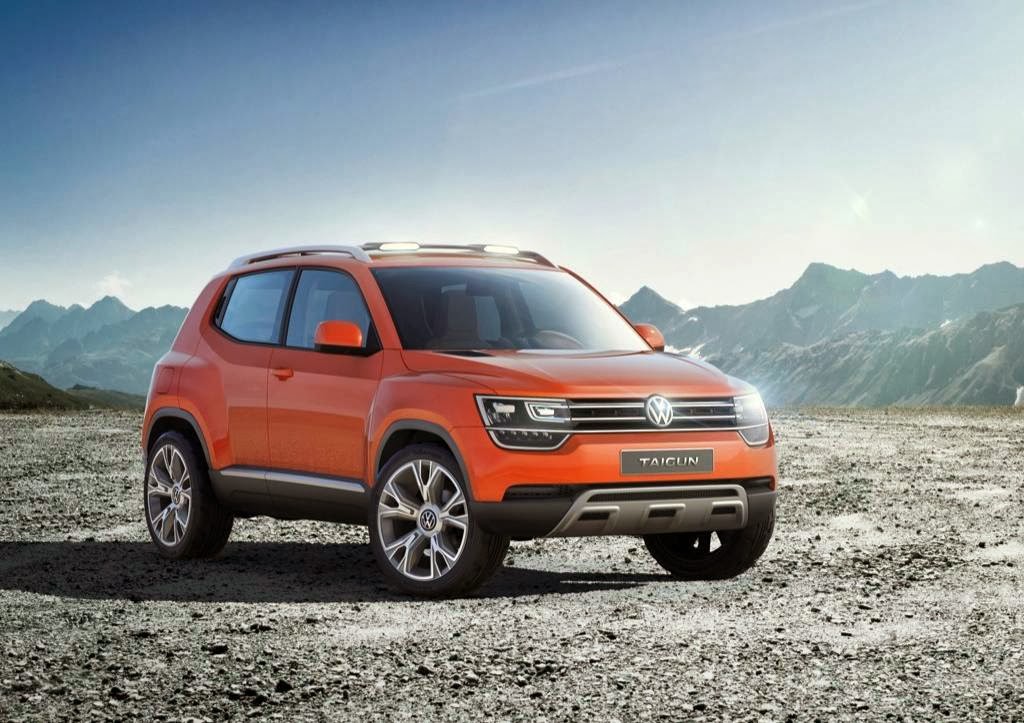 Volkswagen is moving one more step towards the production of its own B-segment crossover, the Taigun, which is showed at the Auto Expo 2014 in India. After the first conceptual design, presented in another emerging market, Brazil, Volkswagen presented a near-production concept. The Taigun has been modified with a rear section featuring an outside-mounted spare tire.

Taking advantage of Indian vehicle tax laws, the Taigun is quite compact: 3,859 mm long (3,995 mm including the spare tire), 1,728 mm wide and 1,570 mm in height (with roof rails, 1,605 mm). Despite the compact dimensions, it does have a generous 2,470 mm wheelbase which Volkswagen says is large in relation to the Taigun’s length. Enhancing handing and safety, the Taigun rides on 205/50R17 tires and has Electronic Stability Control.

Powering the Taigun is a 1.0-liter direct-injection 3-cylinder engine. With turbocharging, it boasts of 110 horsepower and promises a range of around 1,000 kilometers in a single tank thanks to a fuel consumption rating of just 21.27 km/L. The Taigun can reach speeds of up to 186 km/h thanks to its 6-speed manual gearbox.