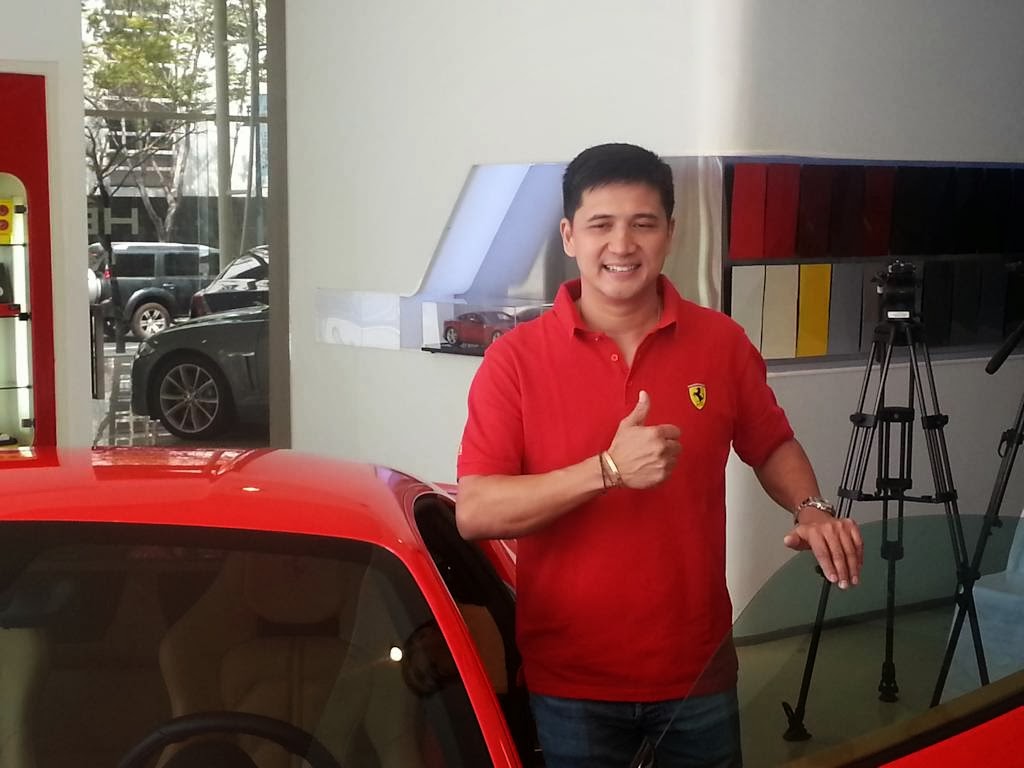 The Philippine flag will be flying high at the Ferrari Challenge Trofeo Pirelli 2014 when the country’s first representative, Vincent Floirendo takes the wheel of a 458 Challenge race car. Floirendo will race in the first Asia-Pacific round from February 21-23 at the Sepang International Circuit in Malaysia. Succeeding races in the calendar include rounds at the Yas Marina Circuit in Abu Dhabi and the Fuji International Speedway in Japan.

Mr. Floirendo joins the ranks in one of the most successful one-make racing series in the world. Since 1993, the Ferrari Challenge has seen 2,400 drivers of 48 nationalities take the wheel of 1,600 Ferrari Challenge cars. This year, the Ferrari Trofeo Pirelli will run across three series in Europe, North America, and the Asia-Pacific. For the Asia-Pacific region, Floirendo will compete with drivers from Singapore, Taiwan, Japan, China, Hong Kong, Australia, Malaysia, Indonesia, and South Korea.

“We congratulate Vincent Floirendo for taking up this exciting and history-making challenge for the Philippines.  Ferrari and its official dealers are the only ones allowed to enter cars in this racing series.  We will support him all the way and hope this inspires more Filipino drivers to participate in motor sports,” said Marc Soong, executive director of Autostrada Motore Inc., the official importer and distributor of Ferrari cars in the Philippines.

The Ferrari Challenge is dedicated to non-professional drivers. It has four different classifications: Trofeo Pirelli, Pirelli Pro, Coppa Shell, and for the first time this year the Gentlemen Cup for drivers over 50 years old. Mr. Floirendo will compete in the Trofeo Pirelli.

The 46-year old businessman and family man, Floirendo originally hails from Davao and is no stranger to the race track. He is a two-time Driver of the Year of the Yokohama Philippine GT Championship Series, winning the championship in 2011 and 2012. He is also a veteran racer in karting, circuit, and Formula 3.

Mr. Floirendo will be competing in a 458 Challenge EVO—a car based off the 458 Italia but lightened for improved track performance. In addition, the 458 Challenge EVO features a package of aerodynamic improvements as well as improved tuning of the Manettino dial, CCM2 brakes, dual clutch gearbox and all. Like the 458 Italia, all 458 Challenge Evo cars are produced in Italy. The race racers however are flown directly to the race tracks in Asia. Ferrari is also flying technicians and engineers to each race for preparations and car management.
at 1:47 PM