The Road to Roland-Garros Begins at Peugeot Philippines Tennis Open 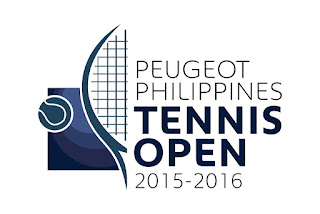 Since 1984, Peugeot, one of the oldest and largest selling automotive brands in the world, has been a driving force of the prestigious Roland-Garros, otherwise known as The French Open.  Peugeot has also been supporting other prestigious tennis tournaments such as the Rio Open held in Brazil and the Barcelona Open in Spain.

This year, Peugeot continues to rally tennis as an important sport by mounting its first tennis tournament in Asia Pacific.  The Peugeot Philippines Tennis Open will commence on October 2015 and will be conducted in select cities around the country.

“Peugeot and tennis share a deep relationship, as proven by our sponsorship of the Roland-Garros for more than 30 years.  We at Peugeot would like to ignite that same love for the game in the Philippines by fuelling the local players’ passion for tennis and drive them to conquer international competitions such as Roland-Garros in the future. We are excited to watch Filipino tennis players in action and see who will emerge as the first batch of champions of the Peugeot Philippines Tennis Open,” Glen Dasig, Peugeot Philippines President, said.

The PPTO invites all Filipino citizens aged 13 and above to compete in four divisions, namely: men’s singles, women’s singles, men’s doubles and women’s doubles.  The overall champions of each division will get the once-in-a-lifetime opportunity of watching The French Open live in June 2016.

To join, players simply need to head to the nearest Peugeot dealership, regional representatives or visit the official PPTO website to download the necessary registration and waiver forms. A fee of P 500 is required to be paid in full when the players check-in on Day 1 to complete their entry in the tournament.


Winners of the four divisions in each of the five regional qualifiers will compete in the PPTO National Finals scheduled on February 15-21, 2016 in Metro Manila.

In addition to flying to Paris, France and the opportunity to watch The 2016 French Open live, all PPTO 2015 National Champions will also receive a tournament trophy, special prizes from Wilson and a cash prize. (Please refer to the PPTO Fact Sheet in the media kit for the complete list of prizes.)

According to Mr. Dasig, Peugeot Philippines is committed to investing in more efforts to promote tennis and support Filipino tennis players in the country. Aside from the PPTO, the company recently signed a memorandum of agreement with Ateneo de Manila University to sponsor its lawn tennis varsity team.

“With solid support and appropriate funding from the government and private sector, we at Peugeot Philippines are confident that our Filipino tennis players will not only watch in the sidelines, but will one day be serving aces in Grand Slam tournaments around the world,” Dasig said.
at 6:30 AM