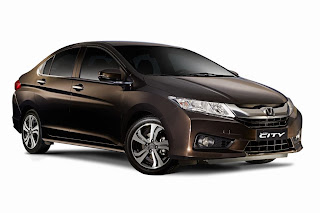 The City remains as HCPI’s best-selling nameplate with 920 units sold in September. The 23 percent gain from August is also the highest selling month for the 4th Generation City since its debut in 2014.

“September definitely represents one of the best-selling months for Honda in quite a while. Our new models played a vital part in widening Honda’s appeal to Filipinos. We are ecstatic to be able to see more customers enjoying their new Honda vehicles. This makes HCPI’s 25th year anniversary even more memorable”, said Toshio Kuwahara, HCPI President and General Manager.

Indeed, 2015 is a remarkable year for HCPI. Its year-to-date performance records 14,260 vehicles sold, 7 percent more than its sales in January to December 2014.

Together with its sales achievement, HCPI prides itself for its EURO 4 certified automobiles. HCPI met government’s directive ahead of the January 2016 schedule. This is HCPI's proactive action to contribute to environmental sustainability. For 25 years, HCPI commits to the realization of a society where people can enjoy life and the joy of mobility.

And for its 25th year anniversary month, HCPI rolls out the “Cheers to 25 Years” nationwide promo. Customers may visit any authorized dealership to inquire and test drive any Honda vehicles. Lucky customers get to win any of the following prizes a Honda ER2500 Generator, an iPad Air 2 16GB (Wi-Fi only), or a Trek Marlin 5 Series Mountain Bike.

And as part of its silver anniversary celebration, HCPI gears up for yet another launch. For the past years, HCPI has been aggressive with the expansion of its vehicle line-up. By the end of October, Honda adds another vehicle in its portfolio, an all-new flagship sedan. This will be HCPI's fourth vehicle introduction in 2015 alone. With the new flagship sedan, HCPI opens up to a new territory - the luxury vehicle segment.
at 11:51 AM