Is The World Ready for Autonomous Cars? 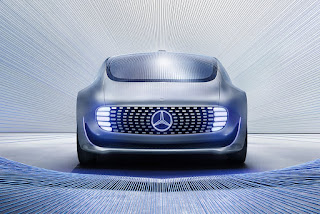 We already trust a robot to vacuum the house, but are we ready to let them drive us to work? This year, autonomous driving has become the “in thing” among carmakers. For years, self-driving cars looked like they were always at least a decade away from coming to market, but now the notoriously conservative auto industry says we’re only give years away. But as this technology begins to trickle its way from concept to production, an unexpected dilemma arises: are we ready for the driverless cars?

It seemed awkward before, but for the past few years, every major carmaker now makes the pilgrimage to technology events presenting their latest advancements next to the likes of Samsung, Sony, and Apple.  And the one topic that these carmakers want to talk about is self-driving cars.

The automotive industry itself is at odds on what exactly a self-driving car should be. Google has patented and revealed an autonomous car that completely rids the cockpit of traditional driving controls such as the steering wheel and any pedals, while carmakers such as Audi successfully drove from Los Angeles to Las Vegas in a traditional-looking car albeit completely driverless. Mercedes-Benz has developed a mobile lounge on wheels called the F 015 Luxury in Motion Concept and Ford has a fleet of its own autonomous cars on the road for research purposes.

Cars that drive themselves certainly sound great on paper, but just exactly how will they perform in real life? The general opinion is split in half at the moment, but it’s going to swing one way or another when the first self-driving car goes into production. 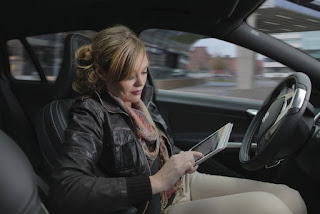 On one hand, there are people who believe that self-driving cars will be great for avoiding accidents—when cars actually talk to each other and to the road to avoid unnecessary contact or collision. It can also make for less traffic jams as autonomous vehicles can actively detour traffic away from potential jams or blockage. It will also be great for the aging population to remain mobile and independent or for long trips when drivers often encounter fatigue. In this situation, the car does all the work. In these circumstances, autonomous cars could be the perfect solution.

However, there are others who counter that computers and sensors will not be able to replace human beings and their ‘fuzzy logic’ thinking. Plus, technology is far from perfect. Malfunctions are regular occurrence even on simpler things like GPS devices so imagine what happens when an entire self-driving system goes haywire? This true in the first fatal crash involving a self-driving car: Tesla’s Auto Pilot system. The suspected reason is a blind spot in its complex array of sensors. And beyond that, who could forget the typical storyline in science fiction when computers go rogue.

Autonomous driving will come with its own set of issues, which need to be resolved through time. Five years isn’t a whole deal of time and there are still plenty of unanswered questions. Who’s at fault when an autonomous car crashes? How do you keep drivers from getting inattentive and how (and when) do you best hand control back to them? How do you keep drivers from getting carsick? Will driving still be fun? And in the long run, there’s also a risk for automakers that self-driving cars may change our relationship with the automobile. They might sell fewer cars when we start to rely on more car-sharing services.

And of course, there’s the issue of privacy. Because autonomous cars will likely have to rely on highly-detailed maps, drivers will have to have an ongoing relationship with manufacturers in order to receive regular updates. Does this mean that we, as drivers, have to settle to getting tracked? Data of where we’ve been, when and at what speed could potentially be available to authorities, insurance companies, the court, and even vengeful spouses. Plus, this opens up the threat of hackers taking control of vehicles.

It’s going to be unrealistic for us to think that everything is going to function smoothly from the beginning. However, will that transition period be followed by an increased number of accidents? It’s impossible to know the answer to that question yet, but the very success of the autonomous car could very well hinge on that.

If it shows even a tiny bit of unreliability, it’s definitely going to show when it comes to sales. It would be crazy to think that people would buy something that could potentially hurt or kill them. This makes the legal risks quite considerable for any carmaker planning to sell a self-driving car. However, there are also compromises on road design, capacity, and control of all drivers that are implicit in autonomous driving. The “road trains” of electronically-linked cars being tested by Volvo, for instance, might mean lower speed limits and tighter controls on overtaking for everyone else.

However, all of the best engineers employed by some of the biggest car companies in the world are working on this technology, and they’re not going to rest before they make it as perfect as possible. 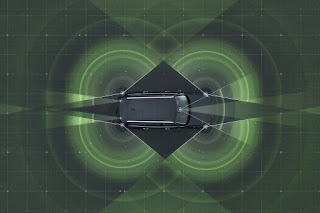 That’s not to say your car will be driving itself home any time soon, as legislative, technological, and infrastructural requirements are not met. Plus, the specter of potential litigation might keep a lid on the technology’s widespread introduction for the time being.

Ultimately though, that question of whether self-driving cars will work or not will be answered by the motoring industry itself. They provided the freedom of the open road before, but will they take it back and make cars into driverless taxis in the future? Will buyers still care about premium, prestige, and great design since you can no longer exercise free will when driving? Will autonomous cars mean the end of driving as we know it?

For the moment, the answer is no. However, expect autonomous driving technology to lessen accidents rather than promote true hands-free motoring. In the 2017 Mercedes-Benz E-Class for example, morphed its adaptive cruise control into one that allows it to crawl its way in a traffic jam. Its assisted parking system is now fully autonomous parking. All these advances, plus many others, will accumulate over time.

Currently, the driver always remains in control, only to have the car step in when he does something that puts the car or the passengers at risk. This is autonomous driving already, but in bits and pieces. What happens next, no one knows. We are at the cross roads of this technology and this is just the beginning.
at 7:00 AM

Email ThisBlogThis!Share to TwitterShare to FacebookShare to Pinterest
Filed Under: Feature, Technology