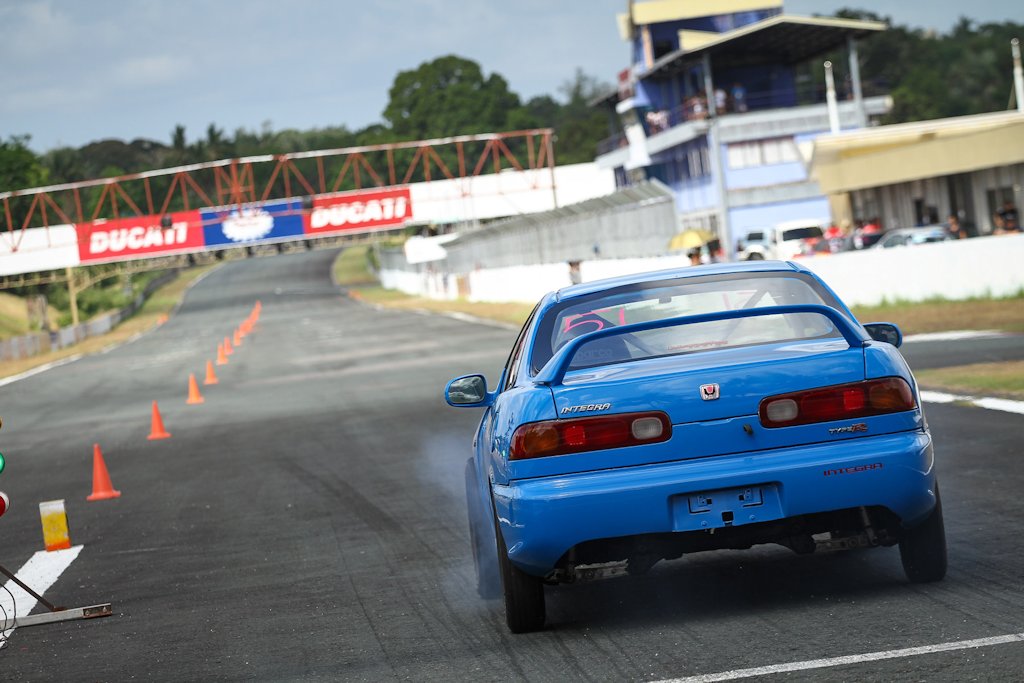 After three action-packed rounds, the National Drag Racing Championship (NDRC) is finally ready to close the 2015 Southern Series this May 9 at the Batangas Racing Circuit (BRC).

Sanctioned by the Automobile Association Philippines (AAP), the 4th and final round should once again see a fierce battle between top drivers such as JCT-Blanche's Jonathan Tiu, RSL Motorsports' Martin Manalo, and TEMZ Automart's Arvin Millet. But instead of simply racing down the drag strip for spots on the podium, the biggest rewards of the day are championship points. Because whoever scores the most in each of the 5 classes will go home a champion.

As it stands, the Quick 8 Class is dominated by Jonathan Tiu with 35 points, followed by JCT Blanche teammates Jonathan Young with 16 and Sheldon Chua with 15. Brothers Martin and Mark Joseph Manalo, on the other hand, have 12 and 11 points, respectively. With only 15 points up for grabs this race day, Tiu can begin his celebrations as early as now.

In the Pro Class, Martin Manalo holds a commanding 24 point lead over Arvin Millet. This mean he too walk away with the championship even if doesn't race. Chris Jayson Millet sits on top of the rankings in the Expert Class with 26 points, followed by Anthony Alcala with 16 and Mark Malibiran with 15.

The highly-contested Sportsman Class is headed by Sherwin Jay Esguerra with 25 points. Tied for 2nd are Robert Palermo II and Victor Pe Benito with 15 points each, while Darren Ramirez and Rommel Dural shares in 3rd with 10 each.

Finally, Cer Olliriz Alcala holds onto 1st place in the HotStreet Class with 30 points with Marlon Laroza in 2nd with 15 points. What's interestin though is that 4 drivers share 3rd spot with 10 points. Namely they are Phoebe Ansel Perez, Malvin Alcantara, Eduardo Dela Roca, and Ponpon Jimenez.

The 2015 National Drag Racing Championship is sanctioned by the Automobile Association of the Philippines (AAP) and sponsored by M&H Tires, Sparco, GT Radial, and Aguila Auto Glass.

Registration starts at 6:30 AM followed by the practice runs at 7:00 AM. The qualifiers will then promptly begin at 9:00 AM and competition at 11:00 AM.

Entry fee is P2,000 per driver, plus a P300 day license from AAP and P400 for insurance. Pro Class drivers, however, must secure an AAP National Competition License to join.
at 11:23 AM