Volvo Global Sales Up Due to All-New XC90 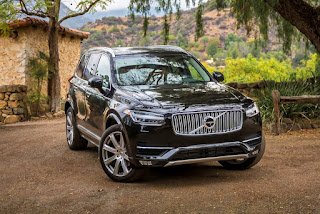 The future looks positive for Volvo as the brand posted a 4.6 percent increase in retail sales for the month of July as it sold 38,128 cars globally. Europe, as well as the US, were key drivers of growth. Both regions reported significant increases on sales of the all-new XC90 (where it has achieved its annual target in the US with a quarter to spare) and continued demand for the 60-series car lines.

Volvo Philippines has already opened its books for reservations of the new XC90, and majority of the initial units to be brought in are already spoken for.

Retail sales for Volvo in Europe including Sweden grew 10.5 percent where Germany and Sweden represented the key growth drivers. The new Volvo XC90 is behind a large part of the incremental sales while also the other XC-car lines are strong in Sweden. Looking at Europe as a whole, the popularity for Volvo’s bestseller XC60 continues to grow.

“The success for the new Volvo XC90 is now starting to show in our sales performance but I am also happy to see that our XC60 and S60 models continue to grow in demand globally”, said Alain Visser, Senior Vice President Marketing, Sales and Customer Service at Volvo Cars. “With growing sales in the US market and XC90 volumes ramping up I am confident of continued strong sales in the second half of this year”.

The Volvo XC60 was the best-selling model in July, followed by the Volvo V40 and V40 Cross Country. The S60, Volvo’s premium sports sedan, ranked third in Volvo global sales volume.
at 9:38 PM

Email ThisBlogThis!Share to TwitterShare to FacebookShare to Pinterest
Filed Under: News, Volvo Corporate