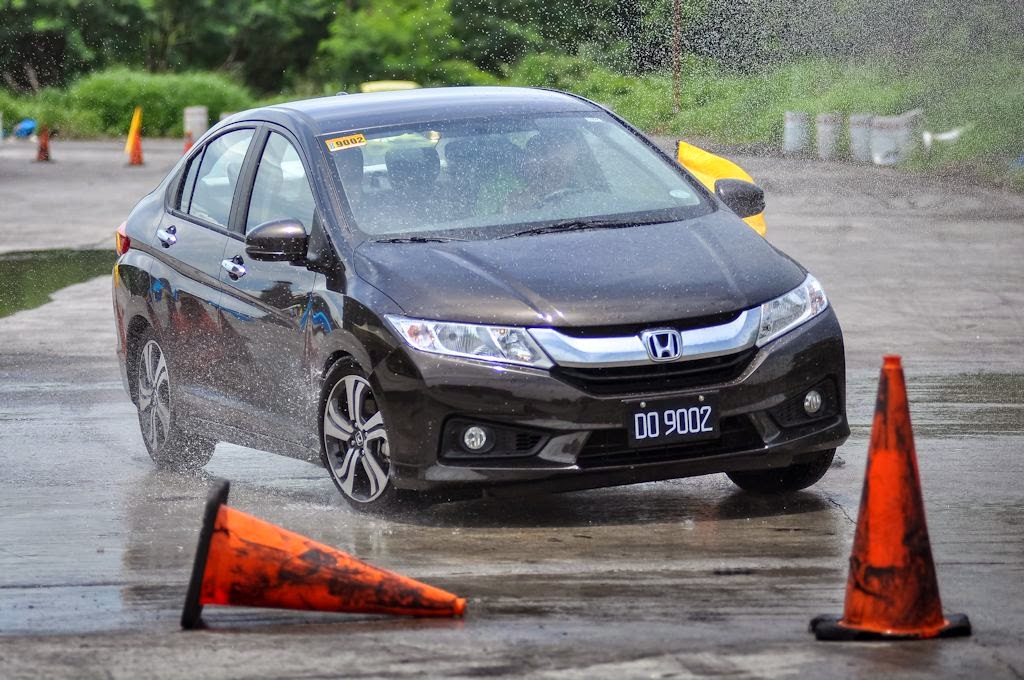 Safety is perhaps the least sexiest topic to talk about when it comes to cars. Styling, performance, and even space dictates a car buyer’s heart in choosing their next vehicle purchase even before the subject of airbags, brakes, and crash safety are even brought up. This lack of safety-consciousness is reflected quite well in the multitude of new cars available in the market today with either no or just the barest minimum of safety equipment. However, before reaching out for the car that gives you a GPS and DVD combo, it might a good idea to actually what new safety technology such as Vehicle Stability Assist can do for you.

Taking the safety lead in the sub-compact segment, Honda Cars Philippines (HCPI) has equipped both their all-new City and Jazz with all the safety features to make them five-star ASEAN NCAP safety compliant. Priced at P 970,000 for the City VX+ and P 980,000 for the Jazz VX+, they represent a price hike of P 90,000 and P 40,000 respectively compared to the next lower City and Jazz models (VX). Of course, the price increase does come with numerous benefits over the non-plus variants including 6 airbags and Vehicle Stability Assist or VSA.

Honda’s Vehicle Stability Assist or what other carmakers term as electronic stability control, electronic stability program or even vehicle dynamics control is a holistic system that integrates and lords over other systems such as anti-lock brakes (ABS with EBD), traction control (TCS), and even hill start assist (HSA). Using an advanced computer control module, it can help control a car’s entire movement. It helps stabilize a car during cornering if it turns more or less than desired. It also assists in maintaining traction while accelerating through loose or slippery road conditions. VSA does this by regulating engine output and selectively applying the brakes.

With the help of Mr. Georges Ramirez, Honda demonstrated their VSA technology in the VSA Driving Experience in three exercises: ‘Slip and Grip’, ‘Side Slip’, and ‘Brake and Evade’. 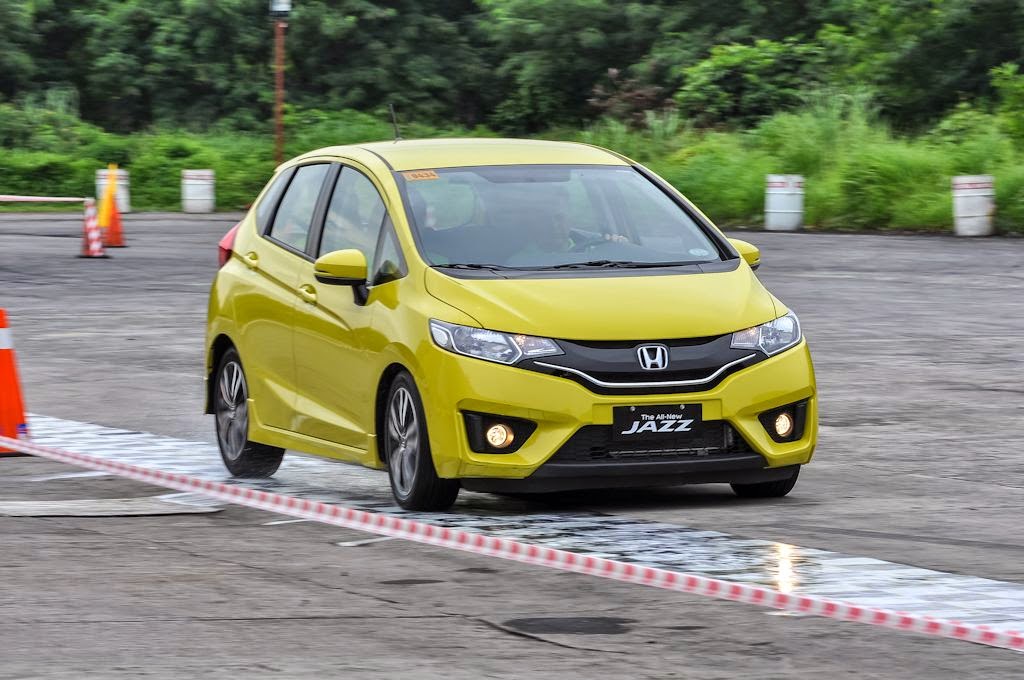 In ‘Slip and Grip’, both the City and Jazz were made to go through a full-on emergency panic braking maneuvering and then accelerate full throttle from a standstill with one side of the car on a slippery surface (a linoleum mat covered in soap). It successfully showed how VSA kept the City and Jazz going in a straight line. In ‘Side Slip’, VSA limited the car’s tendency to plow and fishtail during a panic braking situation in the middle of a high-speed (above 60 km/h) turn. Finally sudden braking and a lane change maneuver were combined in ‘Brake and Evade’. Once again, VSA maintained the City and Jazz’s balance, allowing everyone to avoid the obstacle despite the low grip (extremely wet pavement) surface.

After the half-day exercise, Mr. Georges Ramirez had this to say: “The last thing you would want as a driver is to be involved in an accident. These exercises illustrated how both the top variants of the Honda Jazz and the Honda City are well-equipped to give you confidence on the road in order to handle emergency driving situations.”

“Our cars have always been infused with the latest vehicle safety systems available on the market,” he said. “We are proud to be one of the first brands to include these high-end safety features in our affordable sedan and hatchback models. This makes the Honda City and the Honda Jazz two of the safest and most technically advanced vehicles in the subcompact class today,” said Mr. Toshio Kuwahara, HCPI President and General Manager.

Admittedly, Honda Cars Philippines was once guilty of the safety omission crime as well. There was a time when their Civic, would be fitted only with airbags and nothing else while the rest of the competition delved into anti-lock brakes. Knowing quite well that VTEC could only bring them up to a certain point; HCPI has now re-thought their ways and is fast becoming one of the most safety-conscious car brands you can buy today.
at 12:43 PM