What Makes the Cummins 2.8 ISF Engine So Special? 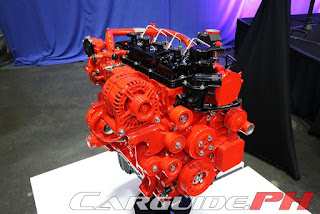 Earlier this month, we took a closer look at Foton’s first-ever SUV, the Toplander, in, of all places, the USA. Though their venue to globally launch the Toplander or Sauvana as they call it elsewhere seemed odd, it merely cements the Chinese brand’s strong partnership with American diesel specialist, Cummins. In fact, Foton is single-handedly the biggest customer of the 2.8 ISF light-duty diesel engine, accounting to about half of Cummins’s annual output (200,000 out of 400,000 units). But what makes the Cummins 2.8 ISF so special? Well, that’s what we found out next.

When it comes to best-in-class performance, Foton (and Cummins for that matter) wasn’t mincing any words when they mentioned the Toyota Fortuner as a performance benchmark. Though the final power figures don’t exactly eclipse the 3.0-liter D-4D, the Cummins almost exactly matches that figure: 160 horsepower versus Toyota’s 163 horsepower. And that’s with a smaller displacement to boot. More than just raw power, the Cummins ISF promises a much wider torque band as well as being up to 20 percent lighter than the competitor’s engines.

Hand-in-hand with the performance aspect, the Cummins ISF enables a higher payload capacity as well as up to 8 percent better fuel efficiency against its competitors. It also has up to 7 percent lower NVH (Noise, Vibration, and Harshness) compared to other engines.

Cummins has given its ISF engine the right amount of performance and efficiency through three things: the use of a composite oil pan and valve cover, an enhanced air intake, and a high-pressure common rail direct injection fuel system.

Next, the ISF engine has undergone extensive durability and reliability tests. It has undergone more than 50,000 hours of validation testing as well as an additional 1.6 million kilometers of on-road testing. Driven through various terrains and environments, the 2.8 ISF must operate without any power loss below 2,000 rpm and remain smooth until 5,200 rpm. It must also start and operate in climates reaching -40 degrees Celsius. 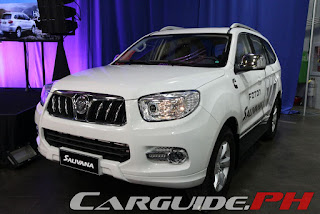 The design of the engine itself leads to very simple maintenance. For instance, it uses 40 percent less parts thanks to a modular engine design. It can also go up to 20,000 kilometers between oil changes—one of the longest in the segment. Cummins has done this through the use of a special filter media in the ISF’s oil filter and a water/oil separator. And even if you do need to bring it in for servicing, it’s quite easy because of its ‘single side servicing’. This means all the necessary filters and consumable components are located on one side of the engine bay for easier access.

Finally, Cummins designed the ISF engine to be Euro IV during the development phase, something they were able to achieve during the production run. However, it’s also been certified to Euro V levels recently.

The American diesel expert’s global presence means the ISF is produced around the world. In fact, even the North American-assembled 2.8 ISF engines are made using engine blocks machined from Cummins’s Chinese plant. It’s then shipped to Columbus, Indiana where it’s assembled with a blend of both automated and team assembly processes. In addition, they have built-in preventive fail safe techniques and strict environmental controls to assure consistently high quality.
at 2:01 PM