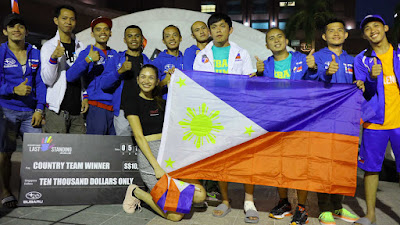 The Philippine team had a strong showing at the Last Palm Standing – the 18th Subaru Palm Challenge, bagging the Country Team honors in the process thanks to a combined time of 424 hours and 54 minutes.

Joaquin Ireneo Fabros was the last Filipino standing and for that, he’s declared as the Country Winner champion as well.

For their collective efforts, the Philippine Team amassed enough combined time to walk away from Singapore with the title of Country Team honors and with that, SGD 10,000 (~P 342,000) which will be divided equally among the contestants. Fabros gets an additional SGD 1,000 (~P 34,200) for being the last Filipino standing with a time of 64 hours and 51 minutes.

In the end though, it was Thai Siripong Toosadee who took the overall crown after 76 hours and 55 minutes and 5 seconds. The 41-year old and six-time Subaru Palm Challenge veteran beat Vietnamese Luu Van Quoc. With that, Toosadee brings home a brand-new Subaru Forester 2.0i-L as well as the title of Asian Winner and Thailand Country Winner.

After four days of battling fatigue and enduring high humidity under the scorching sun and a short spell of rain on the last day, Toosadee was visibly emotional when he was crowned the winner. 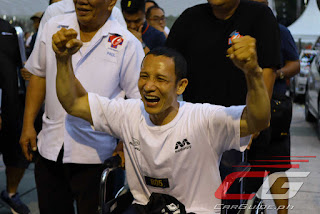