Ferrari 458 Speciale A is One Hardcore Drop-Top 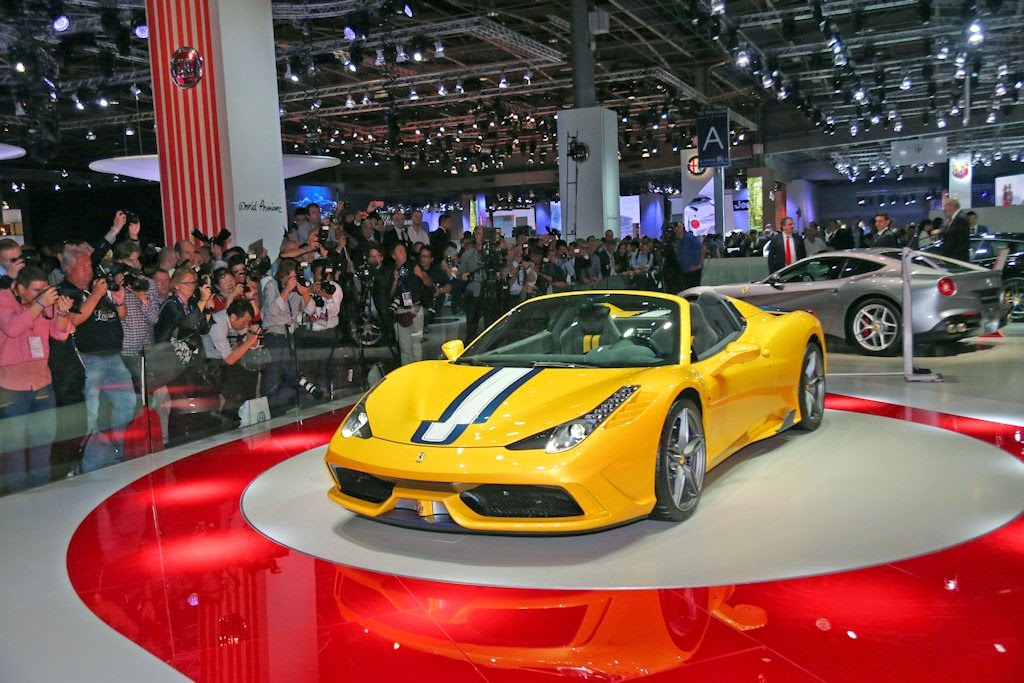 The Ferrari 458 Speciale A made its world debut at the 2014 Paris Motor Show. A limited edition special series of just 499 cars, the 458 Speciale A enhances the pleasure of Ferrari drop-top driving with the blistering performance of the company’s most powerful normally-aspirated V8 engine.

The 458 Speciale A (the A standing for Aperta) is powered by a 605-horsepower V8 engine. Torque stands at a stout 540 Nm at 6,000 rpm. Engine aside, the 458 Speciale A features active aerodynamics. Thanks to a Ferrari-patented mechanism, two vertical flaps at the front of the car and one on the underbody open at high speeds to lower drag. At the rear, an original set-up centering on a mobile diffuser augments downforce as well. This makes the 458 Speciale A the most efficient Ferrari spider ever built.

Also fundamental are the aerospace-derived materials and technologies adopted in the chassis which is made from 10 aluminum alloys to combine lightness and rigidity, and the retractable hard top (RHT) which deploys  or retracts in just 14 seconds. The Speciale A employs latest-generation electronics, specifically Side Slip Angle Control system (SSC) which allows even less expert drivers to exit corners on the limit, delivering a uniquely exhilarating driving experience underscored by the signature uncompromising and seductive Ferrari soundtrack.

For its world premiere, the 458 Speciale A has been given an unusual triple-layer Modena yellow livery in honour of the colour of the eponymous city, as well as a central stripe in Blu NART and Bianco Avus, an homage to Luigi Chinetti’s American racing team which won many endurance classics in Ferraris in the 1960s.

The 458 Speciale A’s Grigio Corsa five-spoke wheels are forged for maximum lightness. The cabin interior has been kept absolutely minimal with extensive use of carbon-fiber for the dash, door panels and central tunnel which, like the tread plates, are in an exclusive blue for the Paris premiere.  The 458 Speciale A’s seats are newly designed and feature Alcantara upholstery, contrasting stitching and 3D technical fabric.
at 8:27 PM