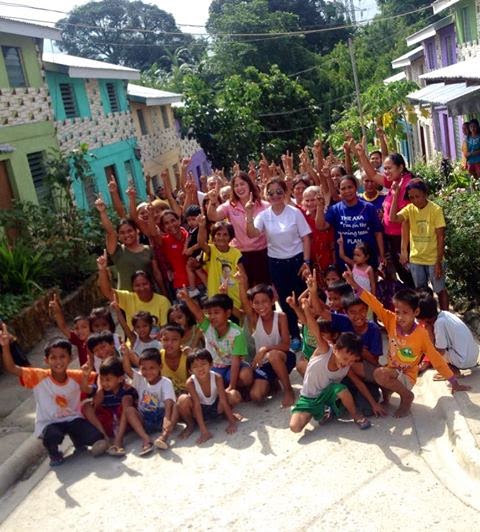 Champion Filipina international racing sensation Michele Bumgarner is set to return to the US to continue on her “Mazda Road to Indy” campaign. During a media night, Bumgarner thanked Mazda for their support as she continues in the Pro Mazda Racing Series. She is also set to test an Indy Lights car some time before the year ends.

Before flying out, Bumgarner also visited the Berjaya Village that houses 500 former urban settlers located at the Gawad Kalinga Dreamland Ville in San Jose del Monte in Bulacan. The 3.2-hectare housing community is sponsored by Berjaya Philippines, the parent company of Berjaya Auto Philippines, the official distributor of Mazda vehicles in the country.

Bumgarner is also partnering with Gawad Kalinga (GK) USA to produce a video that will help raise awareness of GK’s goals to end poverty by building empowered and productive communities.
at 8:51 AM