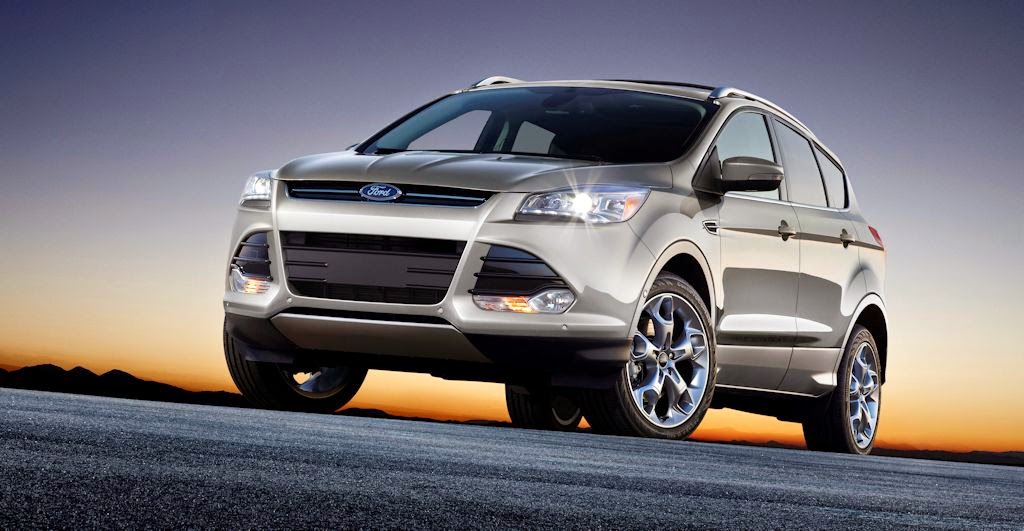 Brought into the country as a completely built-up unit (CBU) from North America, the all-new Escape comes packing the EcoBoost engine technology as standard. In the 1.6 SE trim, it delivers 178 horsepower at 5,700 rpm and 249 Nm of torque at 2,500 rpm. Meanwhile, the range-topping 2.0 Titanium rates at 240 horsepower at 5,500 rpm and a class-leading 366 Nm of torque at 3,000 rpm. These engines promise to deliver outstanding fuel economy and performance through the combination of turbocharging and direct injection. Both engines are mated to a conventional 6-speed dual clutch automatic with manual override (SelectShift). 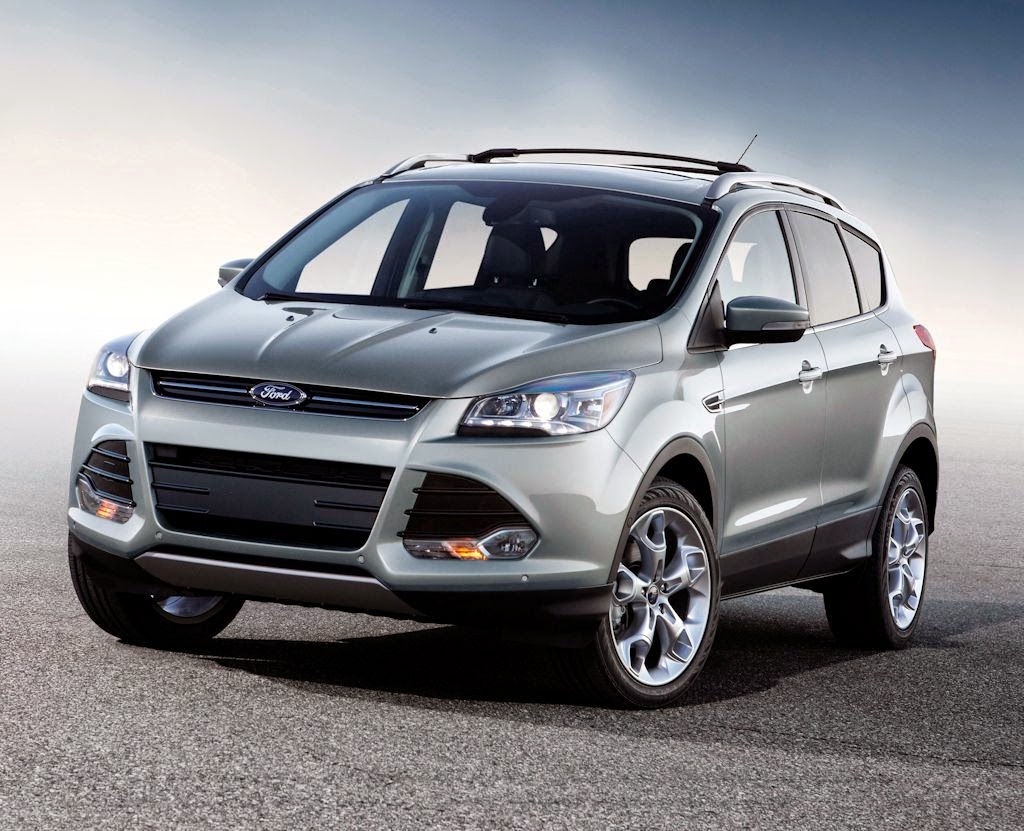 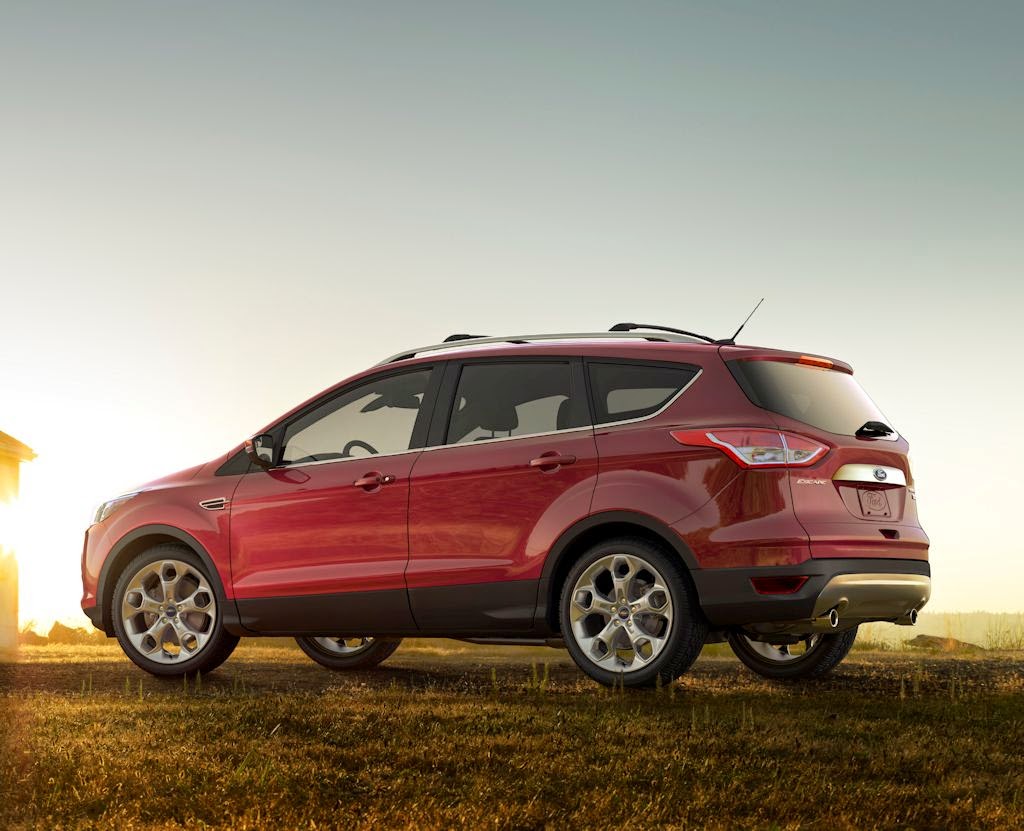 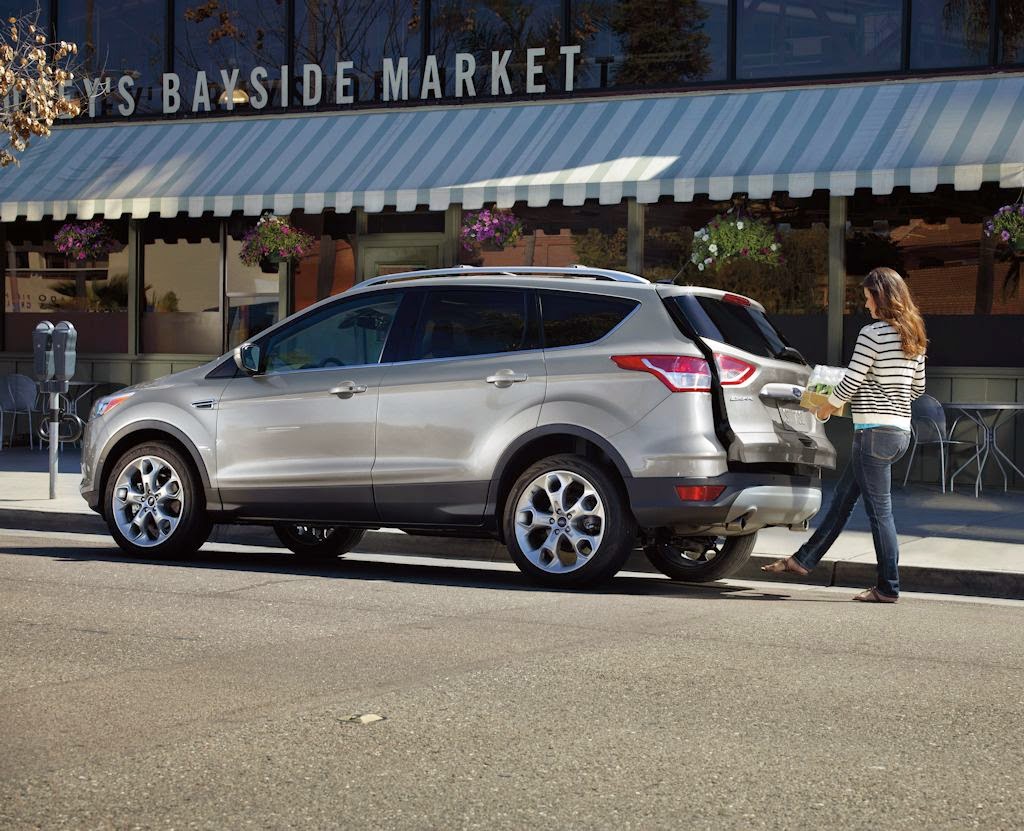 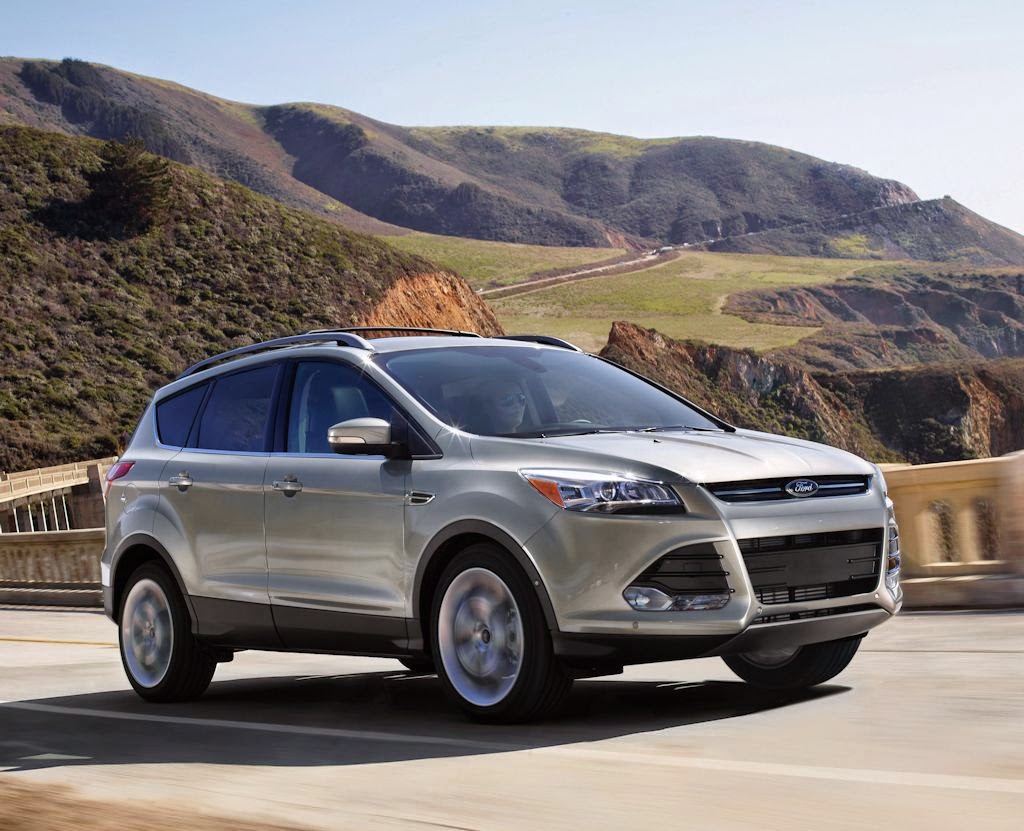 Like the Ford Focus on which it is based on, the Escape features class-leading smart features which aim to make life easier for customers. For instance, the 2.0 Titanium comes with a rear power liftgate complete with the “kick open” feature. Enabled by motion-sensing technology, a gentle kicking motion at the center of the rear bumper activates and raises the tailgate when the driver has the key fob. This allows for quick and easy access to the cargo area. The 2.0 Titanium also comes with Active Park Assist which makes the Escape the first in its class to actually park itself in a parallel space. Other outstanding features of the Escape include a panoramic glass roof, power seats, and dual zone climate control with rear vents.

In terms of safety, the 2015 Escape features dual front airbags as well as Ford’s Safety Canopy system that provides side curtain protection for the first and second row of seats. The 2.0 Titanium also has Ford’s Intelligent Four-Wheel Drive (4WD) system that incorporates Ford Curve Control which automatically slows the vehicle when it’s cornering too fast and Torque Vectoring Control to help accelerate through a turn. BLIS or Blind Spot Information System is also standard on the 2.0 Titanium. 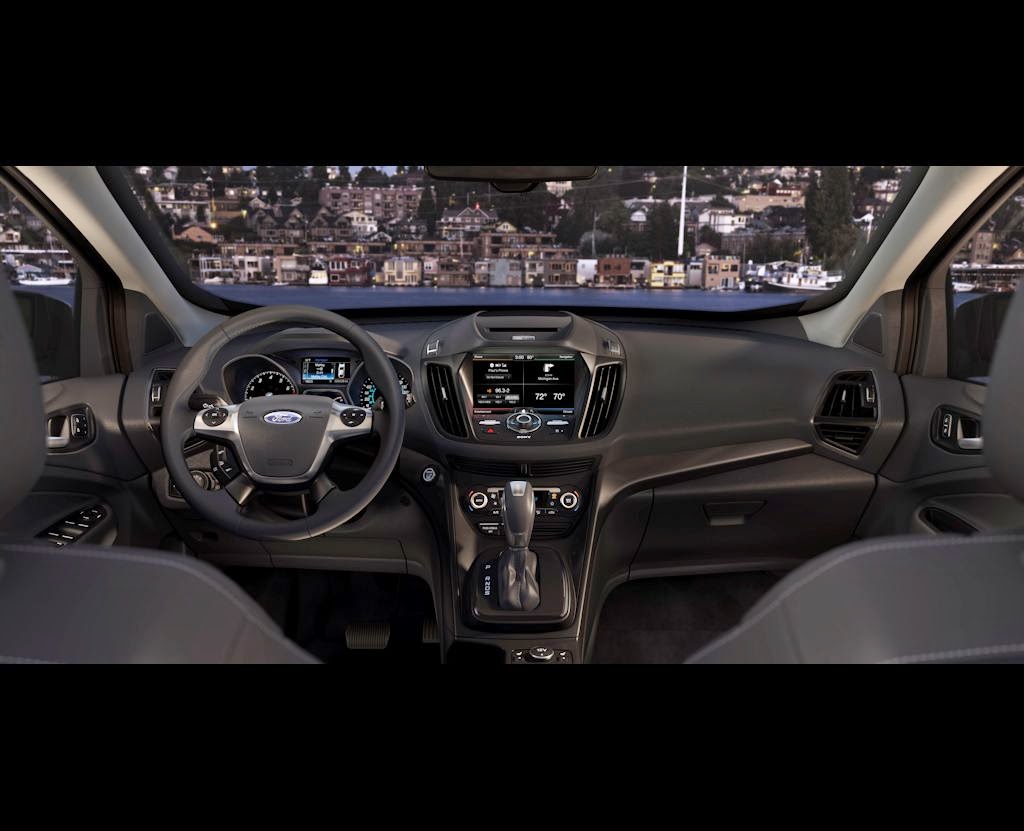 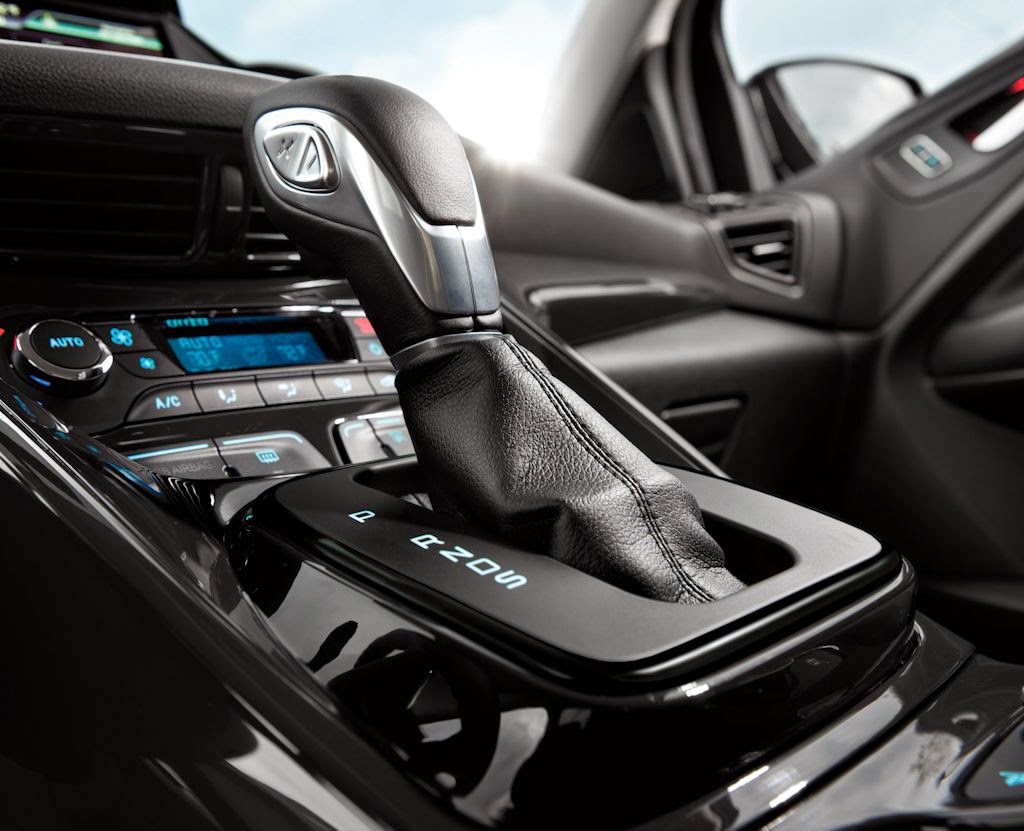 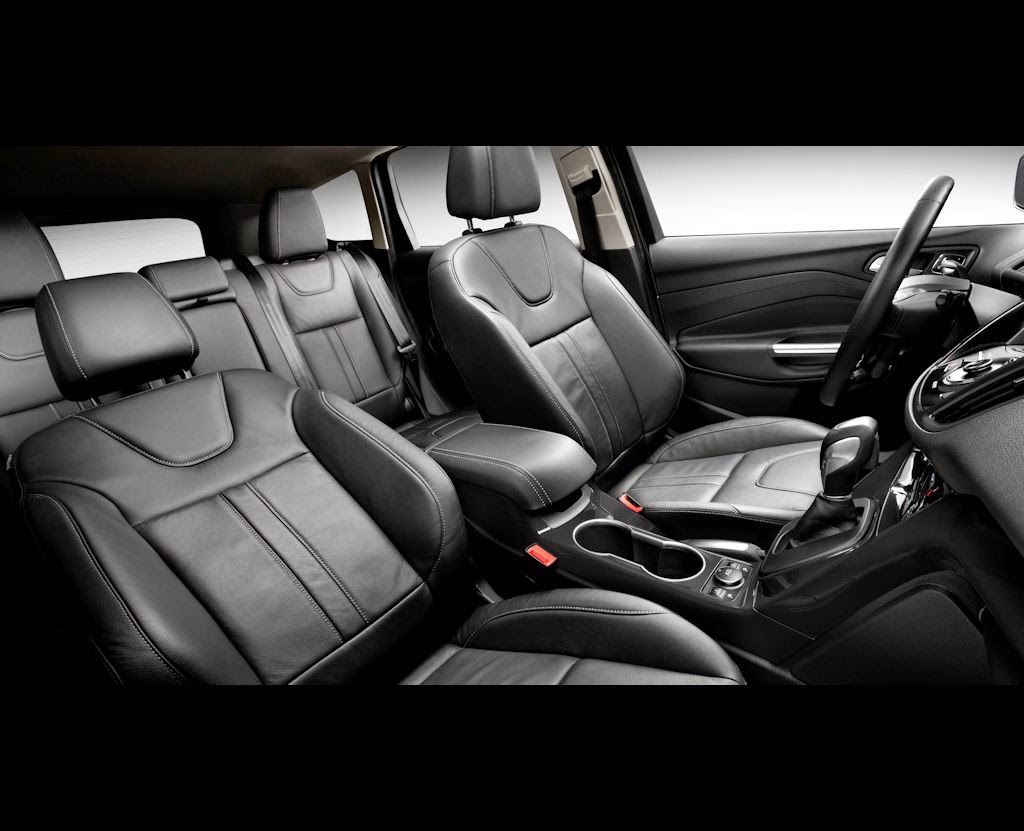 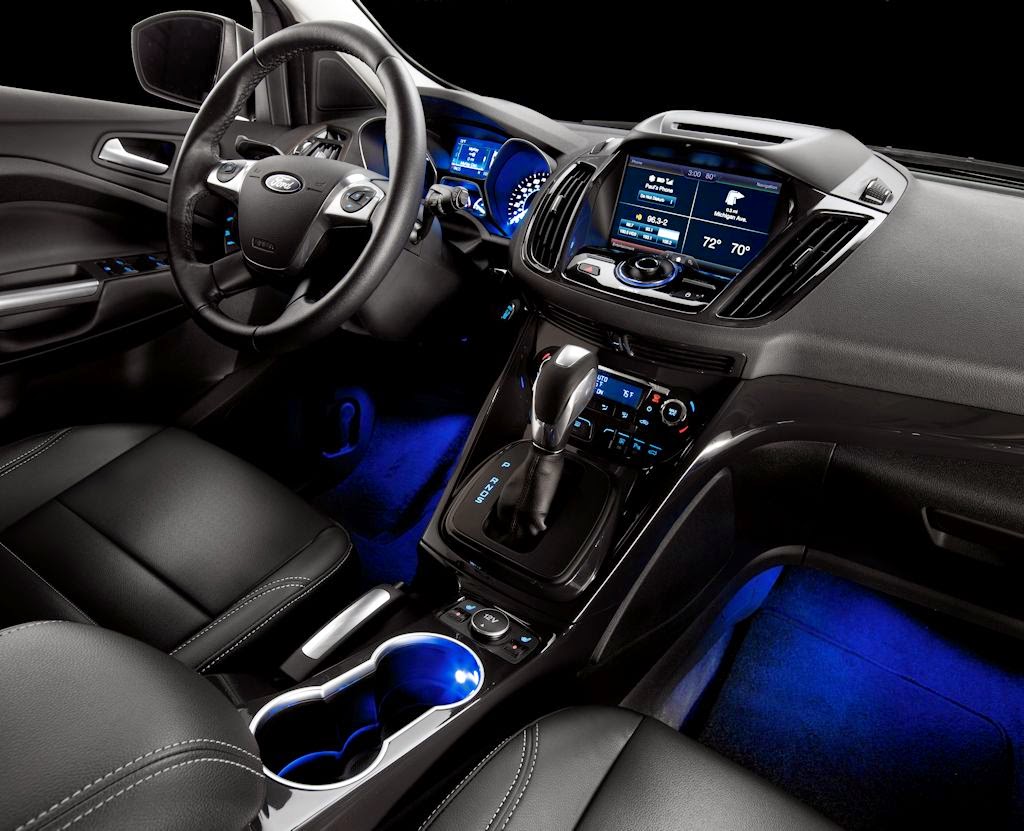 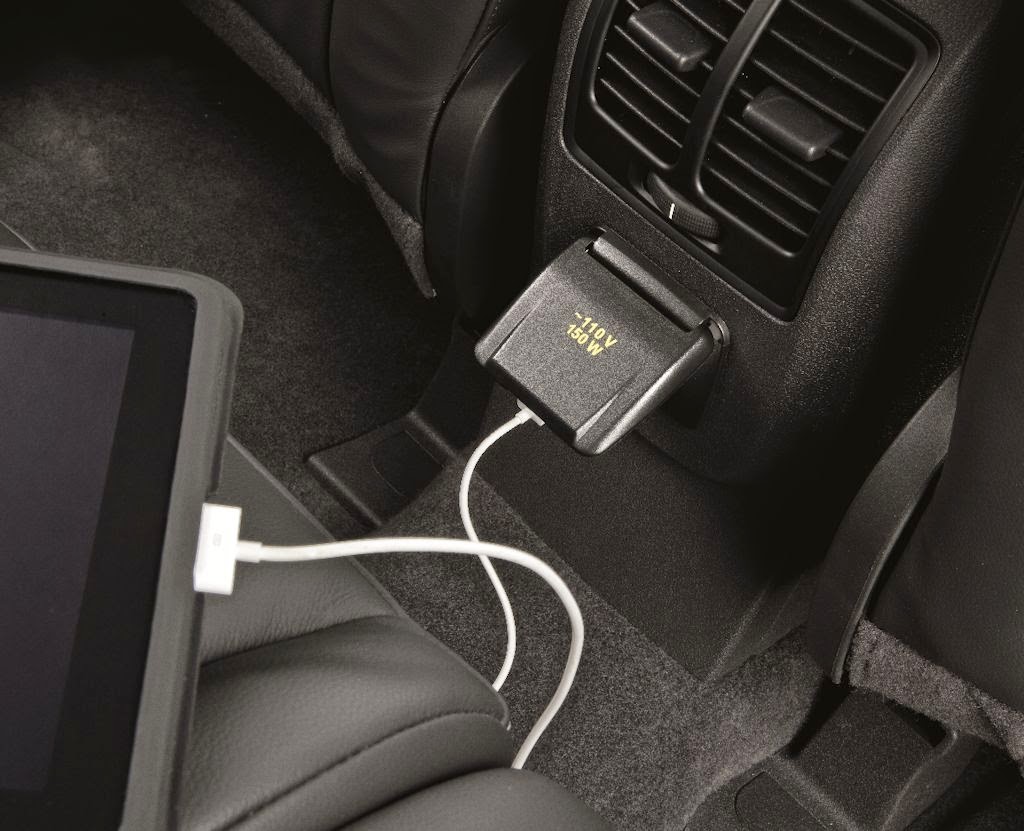 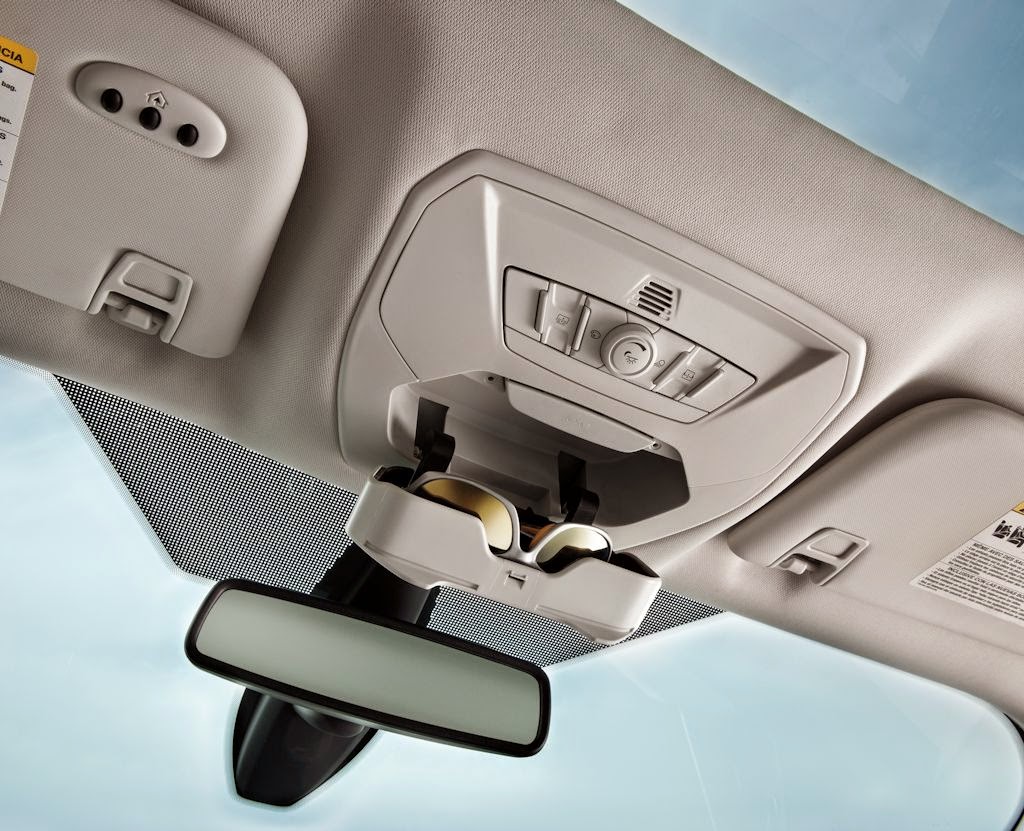 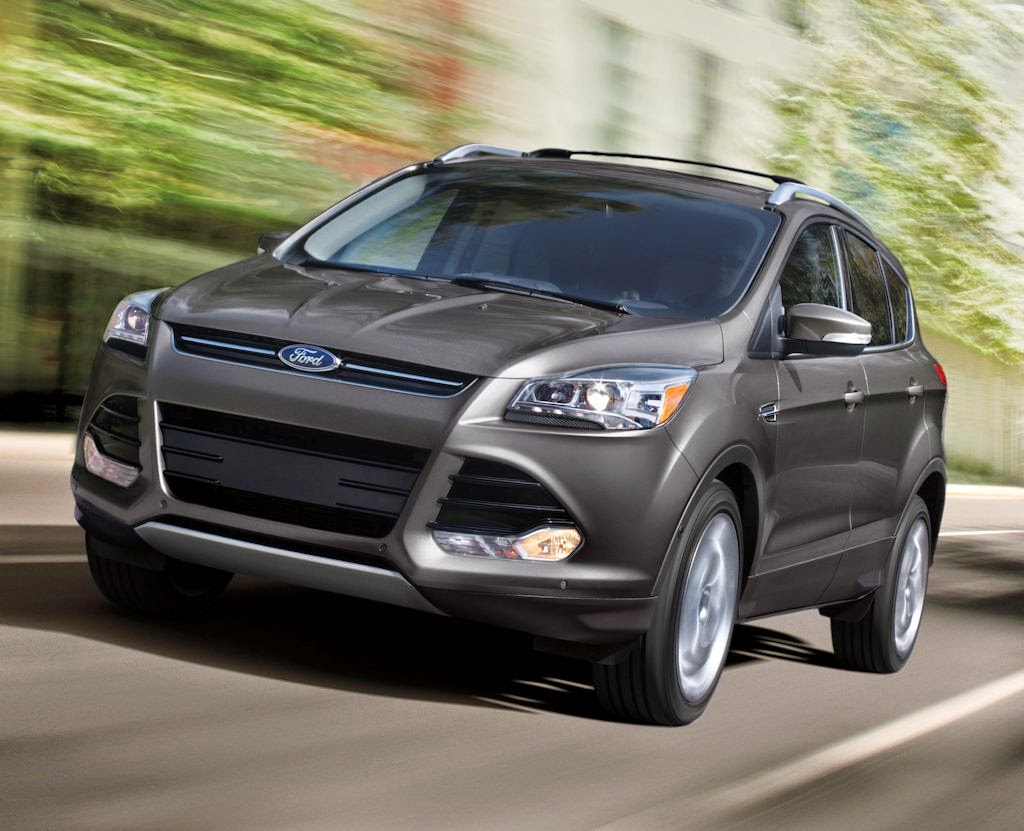 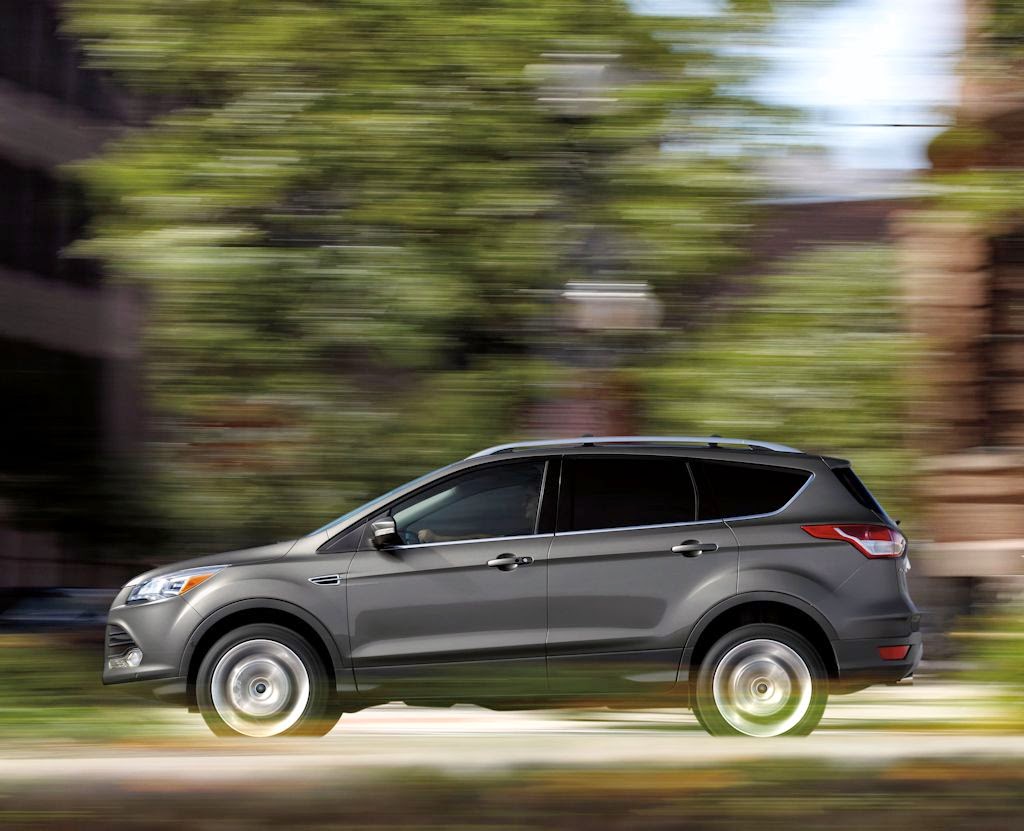 Charismatic and remarkable, the all-new Escape will be brought in from North America to introduce an unmatched SUV offering in the Philippines that connects with the active lifestyles of Filipinos. Tough yet stylish, the all-new Escape builds off of Ford’s global SUV expertise and demonstrates how Ford continues to reach new levels of refinement and capability in the fast-growing SUV segment.

“We are excited to launch the all-new Escape, which further expands our unmatched lineup of SUVs and gives Filipino customers even more choice. This premium SUV features an array of smart and safe technologies, style and capability, and terrific fuel efficiency,” said Kay Hart, managing director, Ford Philippines.

Full of innovative features, the all-new Escape Titanium variant makes life easier for customers.  One of these features is the hands-free liftgate.  Enabled by motion technology, a gentle kicking motion under the center of the rear bumper activates, unlocks and raises the liftgate when the driver has the Escape key fob. This allows quick and easy access to the cargo area without needing to set down packages or dig out keys. The same process closes the hatch.

Ford’s Active Park Assist is a unique innovation that makes the all-new Escape the first SUV in its segment that parks by itself.  The Escape uses an ultrasonic-based sensing system and electric power-assisted steering (EPAS) to position the vehicle for parallel parking, calculate the optimal steering angle and quickly steer the vehicle into a parking spot, taking away the stress of parallel parking from the driver.

It also comes with Intelligent Access with Push Button Start, which allows the driver to lock or unlock the driver’s door without taking the key out of a bag or pocket.  Sensors around the Escape detect the presence of the key fob and lock or unlock the door when the driver grabs the door handle. Once inside, the driver can simply push the Start button while holding down the brake pedal to start the engine.

Another is SYNC with MyFord Touch, which offers multiple ways for customers to manage and control information through voice commands, menus accessed through controls on the steering wheel, touch screens, buttons or knobs. The system’s latest look makes phone, entertainment and climate controls even easier to use.

“We pride ourselves in being innovators and segment leaders, and we believe we have put our best work in the all-new Escape. It is all about providing everyday advantages for our customers, creating an SUV that is more dynamic and capable than ever before,” added Hart.

Each engine comes with specifically calibrated six-speed SelectShift® automatic transmissions, and allows drivers to manually control gear selection using a switch on the left-hand side of the shifter. The specially engineered torque converter contributes to smooth shifts, an improved driving feel, and even better fuel economy.

Smart and safe technologies for peace of mind

The all-new Escape has been designed to provide high levels of protection and driver support through a range of advanced safety features. Ford engineers used ultra-high strength steel in the body structure of the new Escape and specially designed ring reinforcement around the Power Panorama Roof to ensure rigidity and strength.

The SUV’s standard airbag configuration provides additional peace of mind, including Dual Front Airbags for the driver and front passenger and a Safety Canopy that provides side air curtain protection for the first and second seating rows.

The all-new Escape Titanium is equipped with Ford’s Intelligent Four-Wheel Drive (4WD) system and includes Ford Curve Control, which automatically slows the vehicle when it’s cornering too fast, and Torque Vectoring Control (TVC) system to help accelerate through a turn.

Another is Blind Spot Information System (BLIS®), which displays an alert in the side mirror when a vehicle is detected entering a blind spot, promoting a safer and less stressful experience when maneuvering through parking lots or traveling in open roads.

The shape of the Ford Escape doesn’t just look great – it’s also designed to reduce drag on the vehicle body that wind resistance produces. The sleek lines give the Escape a refined feel while the front grille gives the SUV that distinct Ford look.

Inside the vehicle, customers will experience more comfort and convenience. The interior design of the all-new Escape is modern and sophisticated, capturing the expressive design and enhanced functionality of the vehicle.

The craftsmanship emphasizes feel and touch through the use of a soft instrument panel and soft door upper roll. The Titanium variant of the all-new Escape also features a Power Panorama Roof and new full Charcoal Black leather-trimmed seats.

Additionally, road and wind noise has been significantly reduced to help deliver one of the quietest cabins in the segment. Improvements were delivered following the innovative use of elliptical acoustic mirrors to measure exterior elements that can influence the noise and vibration inside the car.

“Function follows form in the all-new Escape. The muscular, defined exterior shape is complemented by a dynamic, spacious interior featuring a new level of craftsmanship, technology, and a higher quality feel,” said Hart.

The all-new Escape will be available for test drives at Ford dealerships in Metro Manila starting next month, with Ford taking pre-order bookings at the following price points:
The two variants will be available in six colors:
Customer deliveries will start in January 2015.
at 3:26 PM