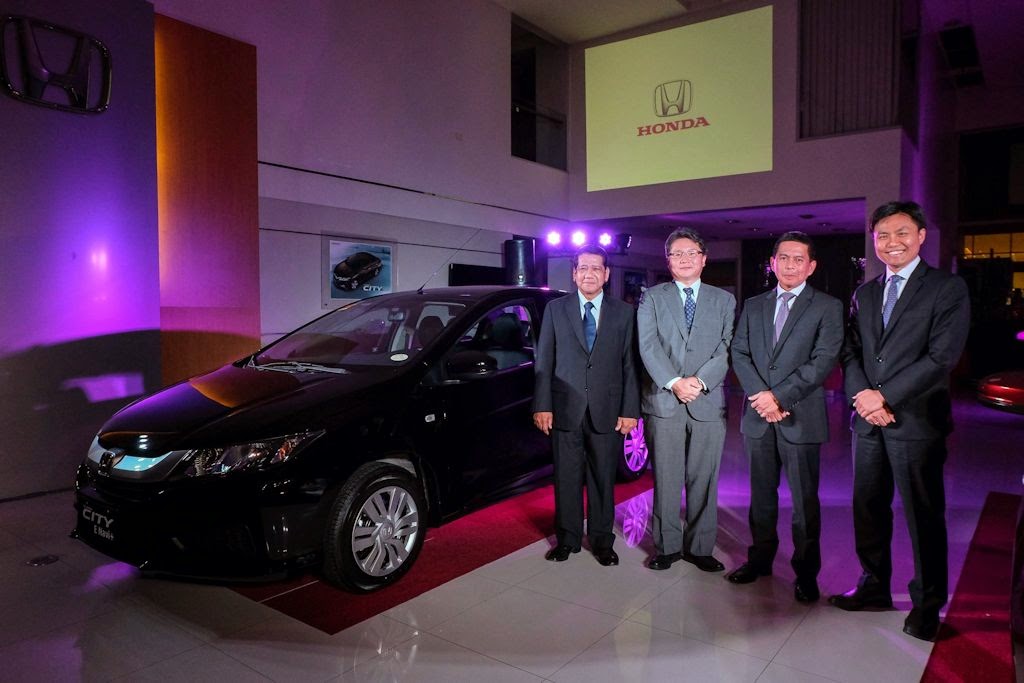 Honda Cars Philippines is finally answering the prayers of tech-savvy Filipinos by unveiling a new variant of its best-selling City, the City E Navi+. Equipped with a new Audio-Visual Navigation (AVN) system, the City E Navi+ slots in-between the entry-level City E and higher-end City VX models. The new City E Navi+ retails for P 816,000 for the manual and P 856,000 for the CVT.

The City E Navi+ features a new 7-inch VGA sliding touch panel (not to be confused with the Touch Panel display of the higher-end VX and VX+ models) with integrated Garmin navigation. The Garmin system boasts of a smart, yet user-friendly display with trademark Garmin features such as Expressway Exit Guide, Lane Assist with Photoreal Junction View and many others. Marking Garmin’s close relationship with Honda Cars Philippines, the City E Navi+ will offer free map updates for three years. Updating of maps can be done at all authorized Honda dealerships during the City’s PMS or Preventive Maintenance Schedule.

Meanwhile, Honda Cars Philippines also announces a similar upgrade to the VX and VX+ models of the City. Starting on October 1, all models are now compatible with Sygic Maps. Using the HDMI mirroring mode on the City’s Touch Panel display, it now allows users to use the leading iPhone offline GPS navigation software on their City’s 7-inch display.

This mirroring update is also available on the all-new Jazz VX and VX+ as well as the new 2014 Civic 1.8 E Modulo and 2.0 EL MUGEN. In order to use the Sygic map, users must have the following items on hand: