Kaikkonen, Portugal Take One Win Apiece at Round 4 of Yokohama Philippine GT Championship 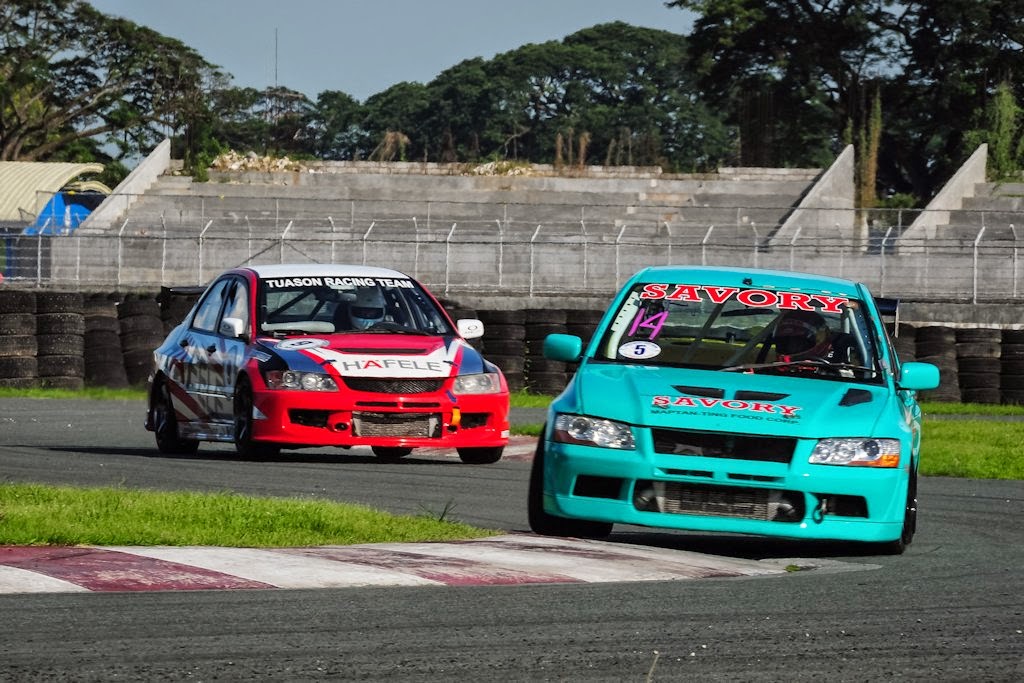 Marking the halfway point of the season, the fourth round of the 2014 Yokohama Philippine GT Championship was held last September 28, 2014 at the Clark International Speedway.

Presented by Petronas, the race weekend saw a total of 12 cars compete in GT 300, GT 200, GT 150, and GT 100. This included Team Häfele's Veli-Matti Kaikkonen in the Mitsubishi Evolution who returned to the series after missing Round 3. Sadly, reigning champion Jody Coseteng was once again absent from this race.

In qualifying, Kaikkonen in the GT 300 class put himself in pole position with a best lap of 2:08.419 around the long track of the Speedway. He was followed by Team Ethanworx R33's Carlos Anton in 2nd and GT 300 driver Don Don Portugal in 3rd on the grid. Richmon Dela Rosa was quickest in the GT 150 class while Rhaffy Latorre qualified fastest in GT 100.

Kaikkonen blew away the competition in the morning’s 10-lap Sprint Race and quickly opened a considerable lead. Leading from start to finish, he won the race with a 14.504 second lead over fellow GT 300 driver Don Don Portugal. With luck on his side, Jomari Yllana in the Hyundai Genesis Coupe was able to claim 3rd in class thanks to the efforts of his crew who built him a new engine overnight.

Carlos Anton, Joey Pery, and Paolo Mantolino took 1st, 2nd, and 3rd place in GT 200, respectively in a clean race. Richmon Dela Rosa dominated GT 150 in his Honda Del Sol with Walter Zamora trailing behind in 2nd. Unfortunately, Raymond Ronquillo would fail to finish due to a blown engine on the very first lap of the race.

Rhaffy Latorre also dominated GT 100 keeping the Mazda 2 of Edwin Rodriguez at bay, while Ivan Diaz was disqualified due to a technical infringement.

The afternoon’s 15-lap GT Race would be a race of survival. Taysan Mayor Don Don Portugal, who started in 2nd, overtook Yllana on turn one and went on to win the GT 300 Class with almost half a lap advantage. But behind him was a three car pile-up between Carlos Anton, Veli-Mati Kaikkonen, and Joey Pery.

Carlos Anton damaged his transmission and completed the race with only fourth gear. Still, he managed to claim 2nd place behind GT 200 winner and Ethanworx R33 teammate Paolo Mantolino. Joey Pery, who suffered a damaged front suspension, was still able to finish the race 3rd in GT 200.

Kaikkonen, on the other hand, had to endure the remaining 14 laps with a broken seat, which was held in place with one remaining bolt. Despite his amazing effort to finish the race, he was unfortunately disqualified due to a technical infringement. Jomari Yllana who ran out of fuel on the last lap also failed the dyno test and was likewise disqualified.

In the Philminiracers Championship, the top three finishers was a repeat of Round 3 with Rodney Caballero, Bernard Sy, and Borgy Zoleta taking 1st, 2nd, and 3rd, respectively. Meanwhile, Dexter Daquigan won in the VW Kafer Cup, followed by Daniel Castaneda and Arman Salada claiming the last two spots on the podium.

The 5th round of the 2014 Yokohama Philippine GT Championship will be held on October 25 and 26 at the Batangas Racing Circuit.

The races are sanctioned by the Automobile Association of the Philippines (AAP), presented by Petronas Energy Philippines, Inc. and sponsored by Yokohama Tires Sales Philippines, Inc and Speedlab.
at 8:30 AM