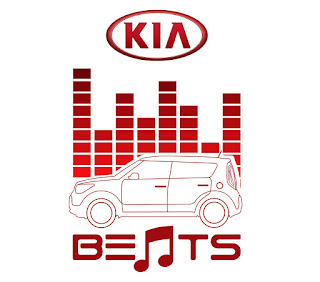 Columbian Autocar Corporation (CAC), the exclusive distributor of Kia vehicles in the Philippines, has just announced their intention to support the arts by making a commitment to showcase Original Pilipino Music (OPM) with the launch of Kia Beats.

Kia Beats is a concert series that aims to give OPM artists an avenue to show audiences their unrivaled creativity and musicality.

Ginia R. Domingo, CAC President says, “We are very happy that Kia Philippines has embarked on this project to bring the brand closer to its market -- the young and the young-at-heart.   And what better way to do that than showcasing the world-class talents of Filipino artists.”

The initial offering will be the Kia Beats Music Festival, featuring back-to-back concerts slated on September 9 and 10 at the Kia Theatre in the Araneta Center, Cubao.

In unique performances that blend different music into a true celebration of OPM, the first performances of the series will feature exclusive collaborations between contemporary OPM artists accompanied by full orchestral arrangements performed by the 48-piece Metro Manila Concert Orchestra (MMCO) under the baton of Conductor Jonathan Cruz.

“We envision the Kia Theatre to become not only the home of Kia Beats, but more importantly, the venue where Filipino artists will be able to unleash the full power of their musical talents,” Ms. Domingo mused.

Indie darlings, Ang Bandang Shirley, jazz-rockers Farewell Fair Weather, and DJ-and-drummer duo Motherbasss will showcase the emerging new sound of OPM as they perform together with the MMCO on Friday, Sept. 9.

The next day, OPM icon Rico Blanco takes center stage with the MMCO in a one-of-a-kind performance that will surely leave audiences breathless as he belts out the hits and more that have made him one of the most sought-after male performers in the industry.

Tickets are available at popular prices exclusively through Ticketnet, conveniently by booking through their website or by calling their hotline at +63-2-911-5555 for more details.
at 8:19 PM