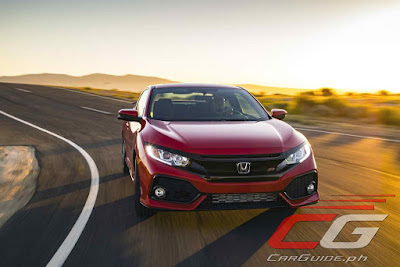 When Honda released the power and torque figures for the North American market Civic Si, there was an air of disappointment. Though expected to slot in-between the regular Turbo and Type-R models in terms of power and price, everyone thought it could and should have made more than 205 horsepower and 260 Nm of torque (in comparison, the regular Civic Turbo does 173 horsepower and 220 Nm); everyone but Honda, it seems.

Speaking to Automotive News, Honda’s decision to cap the Civic Si’s power and torque was deliberate. Apart from price, Honda employees said that another main consideration was durability. Rob Keough, senior product planner on the Civic said: “Honda likes to build their engines to last hundreds of thousands of miles, so they’re working toward that target.”

This statement is echoed by Honda engineers during the same interview: “You can tune more power into it, but all of that takes away from the durability of the engine.”

The facts do speak for themselves. The Civic already runs a healthy amount of boost even in stock form. The regular Civic RS Turbo (EX-T in the US) already runs 16.5 PSI while the Civic Si ups it to 20.3 PSI. That’s a world of difference from slightly larger turbocharged motors such as the 2.0-liter WRX with a relatively relaxed 13.5 PSI of boost.

Although people tend to worry about this trend towards downsized turbo engines, especially when it comes to long-term reliability and durability, Honda seems to have taken that into consideration (unlike their Formula 1 and IndyCar efforts). However, this also serves as a caveat to those looking to push their Civic’s power. It might be easy to push that 1.5-liter mill past the breaking point.

Source: Automotive News
at 9:26 AM