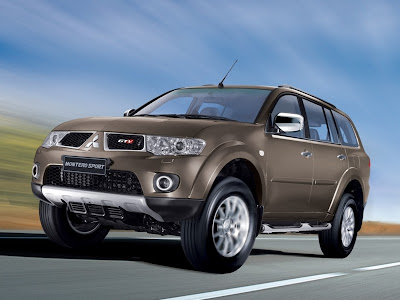 After a lengthy and conclusive report from a UK-based automotive engineering company released in January of this year, it looked like Mitsubishi Philippines (MMPC) will finally be able to put the Sudden Unintended Acceleration (SUA) issue of the Montero Sport behind them; that is until the Department of Trade and Industry (DTI) threw a curve ball today. The DTI just issued a preliminary order to MMPC to recall all of 2010-2015 Montero Sport SUVs equipped with automatic transmissions.

In a report published by Malaya Business Insight, the DTI’s Fair Trade Enforcement Bureau (FTEB) cited that the 2010-2015 Montero Sport is found to have a “defective pedal placement design” which the report says can lead to pedal misapplication triggering SUA. Thus, the DTI-FTEB is evoking Article 97 of the Consumer Act of the Philippines.

If the ruling is finalized, the DTI is ordering MMPC to do the following:
For their part, Mitsubishi Motors Philippines Corporation has already filed a motion for reconsideration against the ruling and has issued the following statement:

“The directive of the Department of Trade and Industry-Fair Trade Enforcement Bureau to recall the Montero Sport is NOT yet final and executor. It is important that in the findings of the DTI-FTEB itself found that there is no basis for any claims of Sudden Unintended Acceleration in the Montero Sport.

Mitsubishi Motors Philippines Corporation (MMPC) filed a Motion for Reconsideration against the regulatory ruling by the DTI-FTEB concerning the 2010-15 Montero Sport automatic.

Given our absolute commitment to customer safety, our principal Mitsubishi Motors Corporation, Japan commissioned Horiba Mira Ltd., a specialist automotive engineering company based in the UK to conduct tests on this alleged SUA claims. Horiba Mira found no technical issue with the 2010-15 Montero Sport automatic.

We remain confident of the technical integrity of these models, and will robustly defend the safety compliance of the vehicle concerned.

No safety-related concerns on SUA have been raised in any other market concerning the Montero Sport (2010-2015) automatic, of which 360,000 units have been sold around the world.
We will not commit further until the adjudication process is complete.”

More on this as it develops.