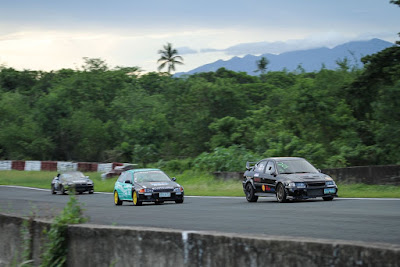 Nothing excites the drivers of the FlatOut Race Series (FORS) quite like the next race day. Thus, with barely a two week break since the last event, they returned to the Batangas Racing Circuit on June 3 for Round 4 of the 2017 season.

This marks the halfway point of the eight-round championship where 67 competitors took part in the Time Attack and Grid races. It also served as the practice and qualifying sessions for the inaugural GT Radial x 4 Oras ng Pilipinas happening the next day. As always, the Automobile Association Philippines (AAP) were present to oversee all the on track action.

Nicolo Fernandez in the #350 Forced Speed Honda Civic EG did a stellar job to claim 1st in Bracket B with his 1:56.367 lap. Andrew De Asis was 2nd, while Andrei Lim in the white #101 Honda Civic EK edged out Paul Santos for 3rd spot.

Making his first appearance this season, Kevin “The Beard” Sugden left a great impression by winning Bracket C in a Subaru Impreza WRX Wagon. Bubi Camus in the Mazda MX-5 was again 2nd and Kikong Dela Rama in the Subaru WRX STI was 3rd.

Greg Suing in the #243 Toyota Corolla outpaced the Honda Civics of Paolo Santos and Ronn Catindig to win in Bracket D. Santos ended up in 2nd and Cantindig in 3rd. It was an all-Toyota podium in Bracket E headed by Lars Alonzo’s Corolla in 1st, Mars Ocampo’s Yaris in 2nd, and Raymond De Pano in another Corolla in 3rd.

The heavyweights of GT Radial Grid A once again faced off in a 12-lap battle. Dondon Portugal in the Mitsubishi Lancer Evolution 7 made another clean start to lead on the opening lap. But he was then hounded by a pack of Honda Civics driven Rafael la O’, Eduardo Suiza, and JC Baguisa. Portugal was unable to defend his position, allowing la O’ to jump to 1st and win the race. A heroic drive by Eggy Ong in the non-turbo #313 Forced Speed Honda Civic FD earned him a well respected 2nd. Suiza, on the other hand, was able to cruise to 3rd.

Aaron Lao and Andrew De Asis, who are Blanche Racing teammates, were once again fighting for the lead in the KYB Grid B race. There was no contact this time around with Lao crossing the line 1st, followed by De Asis in 2nd, and Nicolo Fernandez in 3rd. Bubi Camus took home his first SmartFuels Grid C trophy with a 1st place finish. Jack Saquilayan hung onto 2nd and Carmudi Racing’s Polo Bautista was 3rd.

The winners in the Recaro Grid D race was a repeat of the top drivers in Bracket D. Greg Suing led the field to take 1st, Paolo Santos trailing behind in 3rd, and Ronn Catindig inheriting 3rd after Ralph Tan was penalized for an avoidable contact during the race.

In the Works Bell Grid E race, Robert Tan in the #620 Toyota Yaris pulled away from the field to win with a 2.795 sec lead. Andre Tan fought his way to 2nd and finally Mark Macas in 3rd.

After four consecutive rounds in Batangas, the FlatOut Race Series (FORS) heads now north to the Clark International Speedway for Round 5 on July 1, 2017.
at 7:00 AM