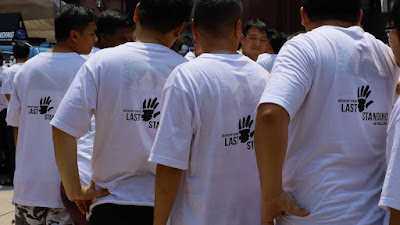 The Philippine team continued strong as Day 2 of the 18th Subaru Palm Challenge rolled in at Ngee Ann City, Singapore. During the opening, humidity was the main challenge as well as the sweltering heat, with the temperature soaring past 34 degrees Celsius.

Help out the Philippine team by earning them a bonus 5-minute break by playing this online game.

Supporters can assign Reward/Bonus Break rewards to a contestant who’s still in the game. The top 10 ranked scorers in each round of the game will be assigned an extra 5-minute break at the following times: 10 AM, 4 PM, and 10 PM on Sunday, November 3 to Monday, Tuesday, November 5, and they can even bring one fellow contestant as well.

Scores will be reset to zero after each Reward/Bonus Break is conducted.

Enter the following “Contestant Number” before playing the game: