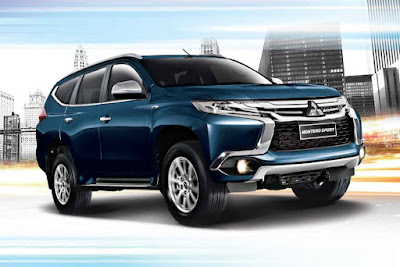 Mitsubishi Motors Philippines Corporation (MMPC) is rewarding stick shift enthusiast with the introduction of their most affordable Montero Sport model yet: the GLX 2WD equipped with a 6-speed manual. It’s well-kitted and now available for an unbelievable introductory price.

Just a less than a year after its Philippine introduction, the all-new Montero Sport has scooped up various commendations from both the motoring press and the public for its performance, features, and riding comfort. And now, with the introduction of the new GLX 2WD M/T, it brings the total Montero Sport line-up to five: the GLS 2WD 8 A/T, GLS Premium 2WD 8 A/T, GLS 4x4 6 M/T, and GT 4x4 A/T.

Like other Montero Sport variants, the GLX 2WD 6 M/T is powered by the 4N15 2.4-liter clean diesel engine. Boasting the class-unique variable valve timing control system known as MIVEC, this Euro-4 compliant engine brings out 181 horsepower at 3,500 rpm and 430 Nm of torque at 2,500 rpm. And now, mated to this world-class engine is a 6-speed manual transmission with a wide gear ratio and easy-to-modulate clutch.

Inside, the GLX has a floor center console finished in silver with high-gloss piano black accents. In addition, it has central door locks, power windows (with driver’s one-touch auto down), automatic climate control, and a multimedia entertainment system.

As a modern day family vehicle, the Montero Sport GLX is safe, equipped with dual SRS airbags, anti-lock brakes with electronic brakeforce distribution, and even three-point ELR seatbelts for the front passengers.

For a worry free ownership MMPC will backed it up with a three years or 100,000 kilometers warranty whichever comes first.

And for those who want to know about the pricing, the new Montero Sport GLX 2WD 6 M/T is now available at all Mitsubishi dealerships nationwide with an introductory price of just P 1,280,000. In a few months, that price will go up to P 1,395,000. Due yourself a favor and save the P 115,000 by reserving one today. 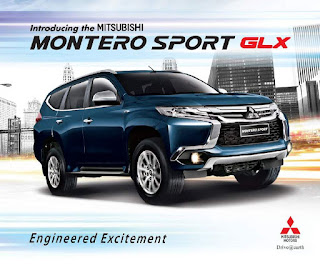 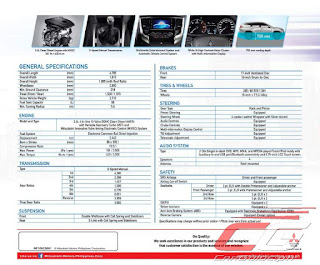