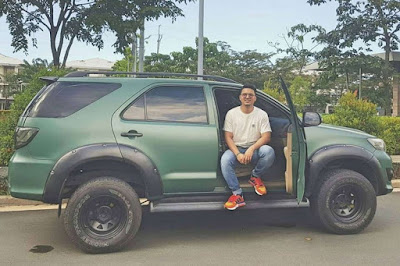 Modders, we just found an ally in Congress. Representative Harlin Neil J. Abayon III just threw his support to the 4x4 and off-roading community by filing House Resolution 2278 calling for an investigation in the modified vehicle crackdown of the LTO.

Filed just yesterday by the AANGAT TAYO Party-List Representative, Rep. Abayon III recognizes the off-roading community’s contribution in times of calamities when they serve as rescue vehicles or when conduct relief missions.

In addition, Rep. Abayon III says that he believes that the LTO’s crackdown is tantamount to “unlawful apprehension and impoundment of a modified vehicle akin to taking private party without due process of law.”

You can read what Rep. Abayon III filed as House Resolution 2278 below. We understand that this is the third such filing in Congress so let us cross our fingers and hope this gets the right sort of attention it needs. 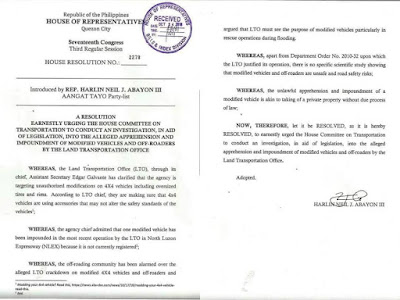 Email ThisBlogThis!Share to TwitterShare to FacebookShare to Pinterest
Filed Under: DOTr, LTO, News