Grab to Roll Out New Features to Make Commutes Safer 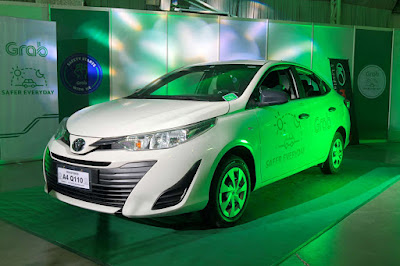 Ride-sharing giant Grab has announced the start of its “Safer Everyday” campaign which aims to bolster not just rider, but driver safety as well through various on- and offline initiatives. As a result, the industry giant says they will raise the safety standards for the TNVS industry as a whole.

The “Safer Everyday” campaign is an extension of Grab’s current efforts across the 8 countries it operates in. With safety a core part of their corporate DNA, they’ve already invested in 24/7 customer support, number masking, and stringent driver background checks and verification.

These efforts led to a 40-percent decrease in incident rates compared to the same period in 2017 across all of the markets that Grab operates in. In addition, Grab Philippines Country Head Brian Cu says that Grab is now 95 times safer than other means of transportation in Metro Manila. These facts made the company’s decision to double their investment in safety, a no brainer.

Today, Grab passengers are assured that the drivers they’re riding with pass stringent background checks and verification considering things such as passenger complaints and feedback. In addition, every rider is covered by a personal accident insurance.

Moving on, Grab’s “Safer Everyday” campaign contains four key points that will help bolster safety in the TNVS community even more. It has four key points:
The first point is covered by a new update in the Grab app that will roll out soon. With this, passengers are required to validate their identity either by linking it to a social media account or by adding a debit or credit card detail. Vis-à-vis, drivers are also required to periodically send “selfies” and using facial recognition software, Grab will automatically verify if his face matches the one in their record.

For the second one, Grab has already introduced an Emergency SOS Button for its passengers. However, they’ll be beefing this up by hiring a private security company to address these passenger safety concerns. In the fourth quarter of this year, Grab drivers will also benefit from an extra layer of security with a live location sharing function which they can share with their loved ones and an Emergency SOS Button of their own.

Next, using all available driver and passenger data, Grab hopes to promote safer driving habits by monitoring possible driver fatigue. Rolling out with the Q4 2018 update of the Grab app, it will share a driver’s active hours, telematics data, driver’s age and profile, rest between shifts, and total number of bookings accepted, in order to detect possible overwork.

Finally, Grab assures that its app will continue to offer the most robust protection with beefed-up fraud protection, a more secure transaction mechanism, and better data protection.
at 1:44 PM