Mercedes-Benz to End Collaboration with Renault-Nissan; Looks at Geely Instead 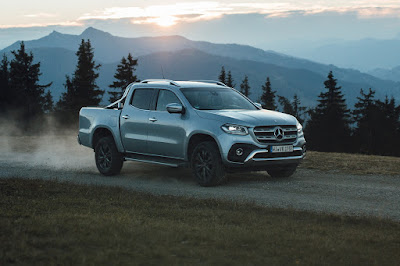 Mercedes-Benz’s parent company will have a new CEO come this May and he’s shaking the company quite a bit. According to a Reuters report (via Automotive News), Ola Kallenius will take helm and is determined to make efficiency gains by 2021 in both Mercedes-Benz passenger cars and the Daimler Trucks division.

More importantly, the report states that Kallenius will not renew its partnership with Renault and Nissan.

Currently, the partnership includes vehicle and engine sharing, and even a joint factory.

The Mercedes-Benz X-class pickup is based on the Nissan Navara. Meanwhile, Renault builds the Smart ForFour with its Renault Twingo sibling in Slovenia. In addition, the automakers have a joint plant for Mercedes and Infiniti compact cars in Mexico.

However, Daimler’s common projects with Renault-Nissan have been reportedly “running badly” since Carlos Ghosn was detained in Japan on financial misconduct charges. Moving forward, Kallenius plans to explore a deeper collaboration with China’s Geely Corporation which is Daimler’s biggest shareholder with a 9.7 percent stake.

Source: Automotive News
at 7:30 AM