UPDATED: What's All the Brouhaha About the Honda BR-V's Fuel Pump? 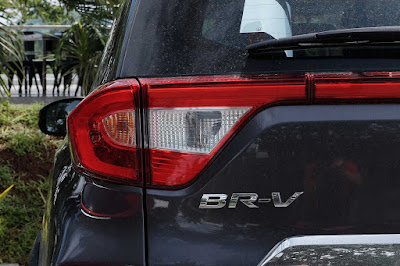 “The issue is the lack of communication about the problem. If this is a known problem, they [customers] shouldn’t have to wait for months for the part. How impossible is that? Why is that wala pa ring statement ang Honda Cars Philippines. Imagine being a customer, and not wanting to use your car in case you can’t start it again, and then having to see all Honda’s attention and money being spent on the launch of the new BR-V,” quips from the lengthy rant of an influencer who doesn’t seem to properly grasp the whole situation here.

First of all, let’s talk about stocking parts. If he spent more time searching Google than he did in his own Inbox, a quick search reveals that a typical fuel pump lasts more than 80,000 kilometers. In fact, a look at Honda Cars Philippines’s very own PMS guide shows that the fuel pump is not even considered as something that’s routinely replaced. Having said that, things like the fuel filter are replaced every 2 years or 40,000 kilometers (which ever comes first), while the fuel line, tank, and connections are inspected every 10,000 kilometers.

With that, it doesn’t make business sense for dealers or even the distributor to keep a stock of 14,807 BR-V (that’s the number of units sold up until June) fuel pumps on hand. If any car company were to do this, then they’ll be inundated with a part that doesn’t routinely get replaced, or be driven to bankruptcy because they’ve stocked too much fuel pumps. Suddenly, when a customer wants his oil filter changed, they may not have it simply because all they are fuel pumps. Imagine this scenario:

Owner: Oh, my tie rod’s busted. Can I have it replaced?

Service Technician: Yes sir, but you’ll have to wait 6 months. Can we interest you in replacing your fuel pump instead?

Wow. And then this irate customer will run to you and complain.

See, there’s careful planning involved, from both sales and aftersales side to make sure they maintain the correct about of stock on hand. In cases where there’s an unusual spike for parts—such as the need for replacement ECUs during Ondoy (remember that?), it’ll take time for any car maker to order, stock, and distribute them to their respective dealer.

Now, let’s head on to him looking for an official statement.

Perhaps it’s become typical for car manufacturers to kowtow to you and your half a million raffle followers, but asking, no demanding for an official statement is not something that can be done quickly. As of now, the only statement Honda Cars Philippines has come up is this, and it’s been posted on the BR-V Owner’s Forum:


“Honda Cars Philippines is actively addressing the concerns of the customers as they come to the dealerships and submit their vehicles for evaluation. As per our Service Department, all units that were brought in have been addressed already. If there are customers who still have concerns with their vehicles, we highly encourage them to bring in their cars to their preferred dealerships for evaluation and repair.”

Wow, that’s a pretty strong message right there, don’t you agree? According to a source inside Honda Cars Philippines, the number of affected vehicles is small. Regardless, they are addressing customer complaints as quickly as they come in. More often than not, our source says, the problem is stemming from BR-V owners that don’t follow the prescribed Preventive Maintenance Service or PMS schedule. They are not categorically saying that there is a direct link between skipping PMS and the issue at hand, but there is a trend.

Now, as to why they can’t roll over and play dead for you, the reason is simple: their technical team is still figuring out what the problem is. If they did, they would have released official information to abide by DTI regulations, which is by itself aligned to international guidelines (ISO 10393:2018). By ISO (and not Influencer) standard, a product can only be recalled if the products or products are clearly identifiable to make sure the recall notice is as precise as possible. That is what they are doing at this point. Right now, they cannot come up with any official statement unless they determine the fault at hand (if any), the available remedy (if any), and their planned course of action (if any).

If there’s one thing you can bet on Honda Cars Philippines is that they’ve been pretty transparent about recalls. They’ve even dedicated a tab on their webpage about it with about 15 recall notices in the past 6 years.

Oh, and before anyone comments that recalls are “bad,” they’re not. More than anything, it shows that a carmaker is proactive in fixing issues that are known to cause potential problems to keep the driver, his occupants, and other motorists on the road safe.

And finally, to the last point about Honda’s attention and money going to the launch of the new BR-V. Man, that sounds like you’re actually sourgraping for not being invited to the drive! He mentions that owners have flocked to him since June about the problem and guess what, he decides to act on this just now. This is not the first time he has done this to one particular car manufacturer, while keeping others get away scot-free. That is just so odd.
at 12:29 PM

Email ThisBlogThis!Share to TwitterShare to FacebookShare to Pinterest
Filed Under: Honda BR-V, News