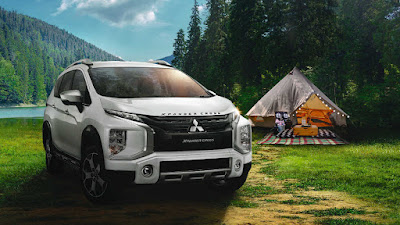 Mitsubishi’s Xpander-based SUV is out, and the name is: Xpander Cross. Okay, so it’s a bit derivative, but hey, this isn’t the first time Mitsubishi has added the word, “Cross” to an existing nameplate. Oh, and you know what, they don’t care. They’re going to sell a fuckton of these.

Already the best-selling MPV in Indonesia (where the global launch of the Xpander Cross was made) and in the Philippines (at least in its segment), the Xpander Cross adds SUV styling elements to the Xpander, which is, if you don’t realize, such a big thing for Asian families. 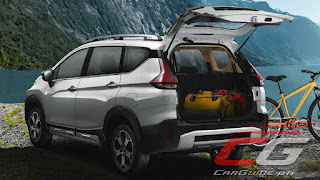 Among the additions include beefier-looking bumpers, fender flares, side body garnish, roof rails, and a new tailgate garnish. The Dynamic Shield front grille itself has been revised, now getting jagged saw-like detailing like Rambo’s combat knife. It’s also worth mentioning that the lighting has been upgraded to LEDs and the wheels are now 17 inches in diameter shod with 205/55 R 17 tires.

Inside, not much has changed over its MPV sibling, but the Xpander Cross does have an added touch of luxury thanks to a two-tone black and brown interior scheme (leather seating is an available option) and improved sound insulation.

Mechanically, the Xpander Cross shares its MPV sibling’s drivetrain and for that, it gets the same 1.5-liter MIVEC engine making 105 horsepower and 141 Nm of torque. The transmission is, at least for the Indonesia market, a choice between a 5-speed manual or 4-speed automatic. Now, while it doesn’t get any changes under the hood, the Xpander Cross does have a widen track (about 50 mm wider). Also, it adds a considerable amount of ride height. At 225 mm (higher by 20 mm), it actually equals the likes of the Subaru Forester.

Now, this is where things get interesting: in terms of pricing, the Xpander Cross tops out at P 1.035 million (converted from Indonesian Rupiah). By comparison, the top-of-the-line Xpander MPV is priced there at P 999,0000—that’s roughly just a 4 percent difference. Since Mitsubishi Philippines has confirmed that the Xpander Cross will be launched locally, if we were to apply the same math, that means Mitsubishi’s new 7-seater subcompact SUV will be priced around P 1.2 million or roughly within the same price range as the Honda BR-V.
at 5:26 PM