The Mitsubishi Outlander and ASX Will Finally Be Replaced in 2020 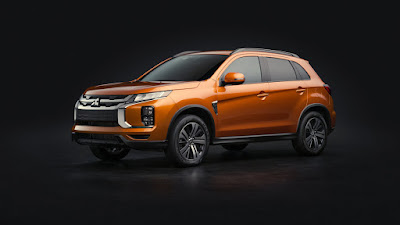 As far as automobiles go, Mitsubishi’s pair of crossovers—the Outlander and ASX has been one of the longest serving ones. In its current form, the compact Outlander’s been around since 2013, while for the ASX, it’s even longer—first seeing action in 2009. Thankfully, the wait for their replacement will soon be over as the Japanese carmaker’s confirmed that both will be replaced by 2020.

In an interview with Automotive News Europe, Mitsubishi Europe CEO Bernard Loire says that the all-new, fourth-generation Outlander will be unveiled globally by the second half of 2020 (as a 2021 model). The all-new Outlander will be built on “an alliance platform”—the likely candidate being the Nissan X-Trail’s.

Moreover, another “smaller SUV” will be coming at the same time. Technically, Loire didn’t specifically mention what the upcoming smaller SUV is, but a replacement to the ASX is most likely given the current model is extremely long in the tooth.

Loire, who joined Mitsubishi from Nissan, says both will be plug-in hybrid electric vehicles.

During the same interview, Loire says plans are in place to phase out diesel powertrains in Europe, excluding on the L200/Strada due to low overall demand. The diesel-powered ASX has already been killed off, and he says the newly-launched Eclipse Cross diesel will be nixed by the end of 2020.