Japan is most definitely on the list of any car enthusiast’s Mecca; and a trip here isn’t complete without a visit to one of various automotive shrines, museums, and what have you. Given that Japan is an expensive place to go to (for example, a single bus ride costs around P 110), some penny-pinching may be in order to stretch the valuable Yen you’re carrying. However, there is one automotive-related gem that’s just waiting to be discovered—and best of all, it’s free! So if you’re starting to overload on eating conveyor-belt sushi or visiting the various Shinto shrines, here’s an automotive museum worth spending some quality time in.

Located at the heart of the Ikebukuro district in Tokyo, Toyota Auto Salon Amlux or “Amlux” for short is a five-floor Toyota dealership-cum-museum. Unlike any other museum, Amlux actually encourages visitors to actually sit and try any of the 70 vehicles on display. You can adjust the seats, twist the knobs, fiddle with the controls and even pop the hood on pretty much everything from the Vitz (Yaris) to the recently launched 86 sports car and even the Japanese Emperor’s official limousine, the V12-powered Century. 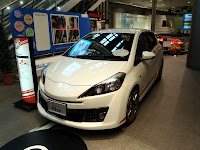 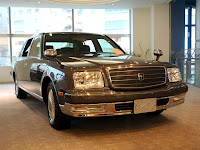 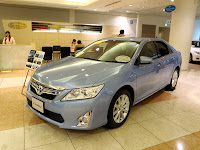 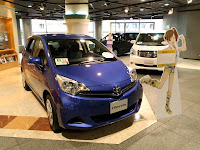 Each area of Amlux is actually themed with keywords such as “see”, “ride”, “consult”, and “enjoy”. As such, Amlux isn’t just a Toyota showroom on steroids. It features several interactive displays for people of all ages including driving simulators that showcase Toyota’s latest safety technology, several Gran Turismo 5 racing simulators, a short film promoting Toyota’s environmental efforts, particularly the Synergy hybrid engine among others. The basement floor (which is very easy to miss) is noteworthy given it’s dedicated to Toyota’s motorsports efforts. The display area is highlighted by the Lexus SC 430 Japan GT race car as well as available TRD packages for the most unlikely of cars such as the Prius.

The highly interactive nature of Amlux is fitting given the name is actually an amalgam of “Automobile” and “Luxe”. By offering such an expansive space, Toyota aims to let visitors take their time and enjoy each and every vehicle in Toyota’s current product portfolio. Though most visitors will be going home with a Toyota Sprinter Trueno keychain, scale model or The Idol Master poster (Toyota’s new anime tie-up), who knows? Perhaps you’ll be luckily enough to drive home a brand-new Toyota thanks to trying it out at Amlux. 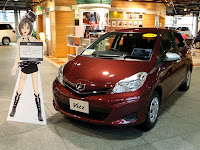 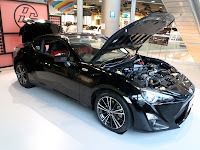 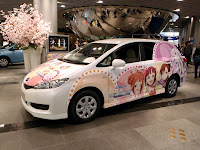 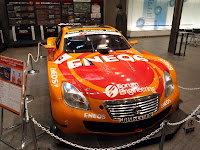