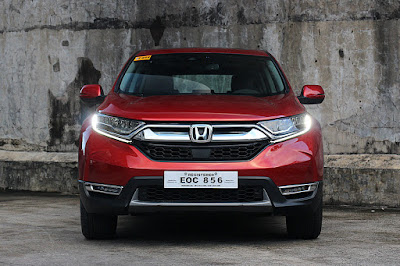 The all-new CR-V was awarded the “Best SUV Car” in Child Occupancy Protection (COP) and the “ASEAN NCAP Excellent Award – Consistent 5-Star” for the CR-V’s strong safety performance from the fourth to the fifth-generation models.

Launched in the ASEAN region last March 2017, the fifth-generation CR-V is now being sold in 8 other countries and has so far sold over 70,000 units across the region.

This result endorses Honda’s dedication to providing the safest vehicles, in line with the company’s 2030 vision to “provide safety and a sense of security to everyone sharing the road.”
at 11:30 AM