The Man Who Saved Nissan is Now Under Arrest 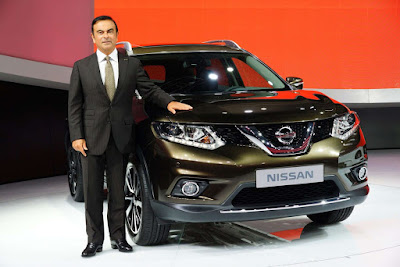 He may have been the man who helped save Nissan, but now Carlos Ghosn has been arrested in Tokyo over alleged misconduct involving “significant acts of misconduct.”

In a statement, Nissan says they have been providing information to the Japanese Public Prosecutors Office and has been fully cooperating with their investigation.

As the Japanese automaker uncovered the misconduct of Ghosn and Kelly through their internal investigation, it’s clear that it’s a violation of their “duty of care as directors.” Thus, Nissan’s Chief Executive Officer Hiroto Saikawa will propose to the Nissan Board of Directors to promptly remove Ghosn from his positions as Chairman and Representative Director. Saikawa will also propose the removal of Greg Kelly from his position as Representative Director.

This news may jeopardize the Nissan-Renault-Mitsubishi Alliance where Ghosn also serves as the Chairman. It is likely he will be ousted there as he will be from his positions at Renault and Mitsubishi.
at 8:47 PM