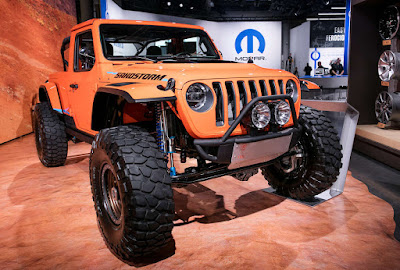 After a backlash regarding the LTO’s crackdown on modified vehicles, the Department of Transportation is now recommending an accreditation process for “modification service centers/providers.”

This means that the DOTr is now open to the possible amendment of Department Order No. 2010-32 pending the formation of a Technical Working Group or TWG that will discuss the proposed amendments. The TWG will be composed of concerned government agencies and other stakeholders.

In addition, government and private sector representatives also agreed to establish a Certificate of Road Safety as one of the requirements during LTO vehicle inspection prior to registration. Here, a modification service center, and not the manufacturer, will issue the said certificate, which will contain, among others, information on what has been modified and where the vehicle may be used (whether it may be operated on national highways or on only off-roads).

Secretary Tugade has previously urged the LTO to review the provisions of DO 2010-32, and engage in open discussions with concerned groups regarding the issue of modified vehicles.

“If there is a need to amend the old Department Order implemented in 2010, so be it. But, let it be amended on the basis of relevant studies and evidence. Let us open our doors to transparent dialogue. Our topmost priority is safety,” Secretary Tugade said.

Finally, the LTO clarified that its deputized enforcers will only apprehend motor vehicle owners who are using blinding lights.
at 1:18 AM

Email ThisBlogThis!Share to TwitterShare to FacebookShare to Pinterest
Filed Under: DOTr, LTO, News