How Much Does It Cost to Restore a First-Generation Mazda MX-5? 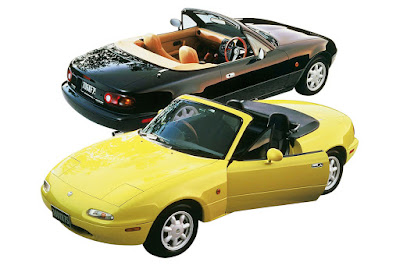 Part of their thrust to deepen the bond between car and driver, fourth-generation Mazda MX-5 Program Director and MX-5 Ambassador Nobuhiro Yamamoto flew into Manila to personally present the much-acclaimed MX-5 NA Restoration Service as well as a piece of great news.

Realizing the first-generation roadster’s contribution to car culture, Mazda first announced the restoration service way back in 2016. However, it took another year to get suppliers on board, and a few months after that to finalize the quality to get the Restore Program on track.

Yamamoto-san explained that Mazda’s vision for the NA Restoration Service is to emulate the Mercedes-Benz Classic and Porsche Classic programs and thus studied the carmakers’ restoration workshops. However, unlike their German counterparts which can spend up to a year restoring a vehicle, Mazda has kept the process down to two months.

In order to achieve the quick turnaround, Mazda is limiting the number of MX-5 that can undergo the restoration process. That part has been documented before, but Yamamoto-san was able to shed light on what makes a car worthy or not.

For starters, Mazda has limited the batch of restorable MX-5 to only the NA6C and from that, only the Standard, Special Package, V-Special, and J-Limited are applicable. Once the car passes those criteria, Mazda’s restoration specialists will do a visual inspection. Vehicles with rust, customized parts (such as chassis brace), and welding repair are not allowable.

Once an MX-5 worthy of restoration enters Mazda’s TÜV Rheinland Japan-certified workshop in Hiroshima, owners will be able to select from a menu of options:
If owners decide to go for the whole shebang, the cost is an eye-watering 4.85 million yen. Putting that into perspective, the top-of-the-line MX-5 RF ND costs just 3.8 million yen.

Admittedly, that’s a bit rich for most MX-5 owners, but Yamamoto-san points out that because of the hand-built, hand-assembled nature, these restored roadsters will have quality not possible during mass production. The paint, for example, has a higher brilliancy than even the original. Furthermore, each restored roadster will come with a detailed restoration record from Mazda and TÜV Rheinland increasing its status as a true collectible.

Born out of love for the MX-5 roadster, Mazda desires to grow a culture that encourages enjoying a vehicle for years and while the NA Restoration Service is only available to Japanese customers, Yamamoto-san said that it’s possible to open it to owners outside Japan as well. For now though, he mentioned one great piece of news: Mazda Philippines will start carrying restoration parts through their dealership network, confirming news reported last September.
at 1:39 PM