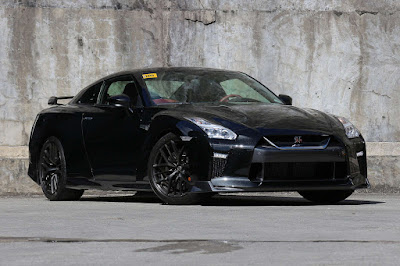 Sitting a mere 110 millimeters off the ground and having a twin turbo V6 engine mounted front midship, everyone thought I’ve lost my mind: was I was seriously going to daily drive a 2018 Nissan GT-R for a full week amidst the Christmas rush? Hell, yeah. And you know what? Aside from the fact that it garners attention anywhere it goes, this here is a very capable commuter car.

The GT-R’s unrivalled capability to tear up race tracks and back roads is well documented, so little of that will be discussed here. What’s surprising though is how this very same car—the one with a 570-horsepower motor and the famed ATTESA E-TS or Advanced Total Traction Engineering System for All-Terrain for all you acronym nerds out there, is just as drivable in EDSA traffic.

Everything starts with the way it looks. Nissan says that the GT-R is function over form, and after staring at it for quite some time, I can attest to you that this is 100 percent true. From what I could tell, the design is a mix of Japanese tuner car, American muscle car, and European exotic car; now, if that sounds incongruous, it sure is. This isn’t a pretty car, but it’s sure to turn heads. It’s the same sort of reaction you’ll have when you see Kim Kardashian chug down a bottle of milk in public—it’s not art, but you can’t just look away either.

Having said that, the GT-R’s shock value aesthetics does result in it being easy to drive. Compared to something like a Porsche 911 or even the Toyota 86, getting in and out is very easy thanks to the roofline’s downward sloping profile (the highest point is actually by the driver’s seat) and doors that don’t open to the next zip code. Then, you have the nice, flat hood and large side mirrors which give it Altima, yes Altima levels of visibility. Finally, there are the seats which are body-hugging buckets, but mounted high enough to afford a commanding view of traffic.

Speaking of the interior, it’s a solid effort worth the P 6.675-million price tag. Without a doubt, this is where Nissan focused their attention on, and one that makes the GT-R a surprising standout. The execution is an eclectic mix of the traditional with hand-stitched Nappa leather on the dashboard and seats, and the high-tech with the 8-inch digital center display and powered everything. It’s driver-focused, yet warm; sporty, yet luxurious. Now, some may complain that there are far too many corporate bin parts scattered in here, but both Ferrari and Lamborghini are guilty of that too, so quit your yapping.

Mind you, getting acquainted with the GT-R isn’t as easy as jumping from a Juke to a Terra. There are some unique controls quirks such as how the seat adjustment is a single knob and how the steering wheel uses two separate levers (reach and rake). And then, there’s the Nissan Connect infotainment system which is, with the exception of any kind of smartphone mirroring, full featured but clumsy to use and operate. Unsurprisingly, it’s best suited to relaying a multitude of extra digital instrumentation.

Alright, so let’s all agree that the GT-R’s infotainment needs an update, but one area it continues to shine is on the road. Forget that this car is almost a decade old, it can still take on a vast majority of supercars twice its price. It’s very easy to blitz any race track or break the speed limit here—simply press down on the gas, and hold on tight. A tide of turbo boost comes in and the next thing you know, either your license’s revoked or you’ve hit the wall at the end of the start/finish straight. So yes, this car demands your respect.

The extremely high level of performance is already enough to cement the GT-R’s legendary status, but even better is how approachable and friendly it still is during the daily commute. It’s still not the most refined automobile—persistent whining from the turbos and dual clutch will cause your ears to ring after a 2-hour commute—but the shifts are surprisingly smooth. Every now and then, the gearbox will still “snatch and jar,” but only if you’re half-assed with your throttle application. It’s also not as thirsty as I thought it’ll be: 4.90 km/L (average speed of 15 km/h), but its strict 100 octane fuel diet can still pull a fast one on your wallet.

Constant whirring from the gearbox aside, you’ll be shocked to know that the GT-R is far from uncomfortable. It’s actually an everyday-usable, any-road suitable, superpowered coupe. The old-school hydraulic steering is communicative and precise, while the trick Bilstein adaptive dampers allow for a good amount of wheel movement and ride compliance (it puts a Subaru WRX to shame) before progressively stiffening up to keep all 570 horses in check. The chassis can still be fussy over sharper edges, but it no longer feels like it’s pummeling the road into submission. Naturally, the GT-R’s mass and livable suspension may rob it of the handling immediacy of something purer, but its dependable traction and cornering balance makes it an easy car to understand and master.

On the surface, it doesn’t make any sense to fall in love with the 2018 GT-R—it is, after all, essentially an advanced driving computer with four wheels. Yet, this is Nissan’s finest hour and single-handedly makes up for the Sylphy. It’s also managed to gain my respect and not because it’s Godzilla or anything. Giant slaying has always been part of its CV, but what’s even better is that Nissan’s managed to put back old school charm on what’s once an anodyne high-performance car.