Subaru Leads All Other Brands in World's Toughest Safety Test 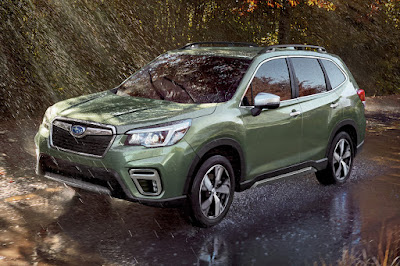 Despite raising the bar to earn the Insurance Institute for Highway Safety (IIHS)’s highest rating, the Top Safety Pick+ for the sixth time since 2013, Subaru leads all other automakers with 7 models receiving the honor. The Japanese carmaker leads the nearly 5 dozen other models that earn either the Top Safety Pick or Top Safety Pick+ award.

The Subaru XV, Impreza Sedan, Impreza Hatchback, Legacy, Outback, Ascent, and WRX all receive the Top Safety Pick+ while surprisingly, the all-new 2019 Forester fell short of the top award because of the “acceptable” rating of its headlight system (it still qualities for the Top Safety Pick though).

Besides the Forester, 17 other vehicles just missed achieving the top award because of “acceptable” rated headlights. The Honda Accord, Mitsubishi Outlander, Nissan Altima, and Toyota Corolla are among this group.

The remaining top-tier recipients are from Hyundai (includes both Kia and Genesis), Mercedes-Benz, Toyota (includes Lexus), Honda (includes Acura), and Mazda. No American brand made nor, surprisingly, any Volvo (due to one missing test parameter).

Five vehicles fell short of Top Safety Pick+ because of an acceptable rating in the passenger-side small overlap test and acceptable-rated headlights. These are the Chrysler Pacifica, Hyundai Accent, Nissan Kicks, Nissan Pathfinder, and Toyota Highlander.

This year, the IIHS allowed manufacturers to submit their own test data for certain ratings. If a model has a good driver-side small overlap rating, automakers may submit video footage and data from a passenger-side test conducted using the IIHS protocol, and IIHS will evaluate the information and assign a rating. The ratings are subject to occasional audit tests. Verification allows more vehicles to vie for a 2019 Top Safety Pick+ award than IIHS would have time to test on its own.
at 3:06 PM