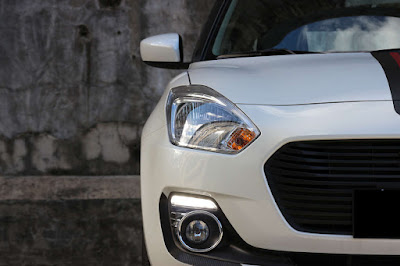 This year is almost coming to a close and while the automotive industry dipped because of the implementation of TRAIN, that didn’t stop carmakers from coming up with some great new offerings for the Philippine market. Before revealing this year’s best, now is a great time to look at the previous winners (2017, 2016, 2015, 2014, 2013, 2012, 2011).

Regular readers know that our Top 5 Picks is done differently from anyone else. Instead of categorizing and sub-categorizing them (sometimes conveniently to make a brand win), they’re simply lump together to get the 5 outstanding cars of the year.

In addition, there are only three criteria for judging: first, it was extensively driven. No around the block test drives, no “first drives”, no ride and drive junkets (this eliminates the Nissan Terra, Mitsubishi Xpander, and Ford Ranger Raptor in case you’re wondering). They had to be driven on roads the team traverses on a regular basis to give an apples-to-apples comparison. Second, it should be fairly mainstream. For that, the list is capped with a maximum MSRP of P 4 million. And finally, it should have been a standout. And when we mean “standout”, it’s a car we think is worthy to actually spend our own money on.

This year, there were 46 eligible cars which was whittled down to our Top 5 Picks of 2018.

It’s not the most powerful car out there nor the most exotic, but there’s something special about the Honda Civic Type R. The wilder, be-winged sibling to the already capable Civic, the Type R dials up the driving excitement level to 100 while still keeping itself usable for the daily drive. Not only does it offer practical space, but thanks to trick dampers, the ride is actually pliant and the engine, surprisingly frugal. Push it though, and it’s simply magical. It only made it to Number 5 because even if you wanted one so badly, you won’t be able to get one—they’re all sold out.

Say what you want about Hyundai’s decision to re-position the Santa Fe upmarket, but one thing’s for sure: this is a more luxurious, more convincing mid-sized SUV now. The standout exterior design and airy, well-appointed cabin already make it good, but add the wealth of interior appointments and ample space for 5 (7 is, admittedly, a squeeze) make it a worthwhile alternative to the likes of the Ford Explorer. The diesel engine may not be the most refined, but delivers power even on short notice and fuel economy is pretty good. The Santa Fe would have been even higher on this list if only it handled better (it’s too cushy) and had even more standard equipment.

This year marks the first time a car made it into the Top 5 Picks list for two straight years. Last year, the CX-5 missed out the top spot because of the non-availability of its diesel engine. Now with the Skyactiv-D engine more readily in supply, Mazda’s compact crossover makes a return but only good enough for second runner-up on this list (that’s how competitive the market has become). Some may offer a counterargument that the hefty premium of the diesel over the Skyactiv-G variant is unnecessary and to some, that’s true. However, this is the CX-5 fully realized. A year on, it remains the compact crossover benchmark with its sexy styling, stellar driving dynamics, great NVH, and best-in-class refinement.

The Kona is the shot in the arm that Hyundai needed. Competing in the ultra-competitive sub-compact crossover segment, the Kona brings excitement back to the Hyundai brand and is a standout for all the right reasons. For one, there’s the head-turning good looks. After that, there’s the plenty of space (except for luggage) despite its small footprint. Then, there’s the way it drives—refined and responsive. It’s also outfitted with the segment’s most powerful engine which, surprisingly, doesn’t seem to affect its fuel economy (it’s up to 25 percent better than its boosted 3-cylinder competitor). It’s also well-kitted for safety too. If only Hyundai increased the creature comfort features, the Kona would have easily been the year’s top choice.

Budget cars are rarely exciting; they’re normally seen as painless Point A to Point B commuters. However, leave it to the small car specialist, Suzuki, to come up with something special: the all-new Swift. This year’s Top Pick is a surprising one given it doesn’t have the power or maybe even the panache of the 45 other cars tested this year. Yet, it’s the one that uplifts the driving experience a notch higher. It proves that having a lightweight, well-balanced chassis can do wonders to extract the maximum out of a modestly-powered motor. On top of that, it also has sporty good looks, a well-packaged interior, and with a starting price south of P 800,000, excellent value-for-money proposition.