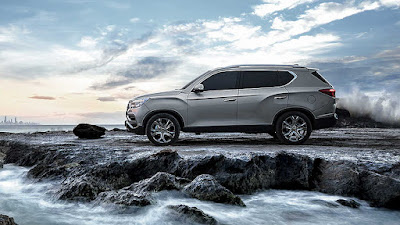 Whenever car launches happen, some journos are awestruck by the song-and-dance numbers that carmakers come up with; and since some numbers rival Cirque Du Soleil in their elaborateness, I guess that can’t be helped. Of course, for some of us who seek numbers, these presentations come across as being heavy on style, but light on substance.

Thankfully though, some carmakers have opted to cut the fluff and go straight to the numbers; and when we mean numbers, we don’t just mean horsepower and torque. Some will go as far as to show what the present market situation is—a great snapshot of what’s moving and what’s not. Naturally, this also answers why they’re pricing their new market offering as such.

Over the past few months, SsangYong has been doing this at every product launch. After giving the low down on the technical specs, they always show their market positioning vis-à-vis what’s hot in the Philippine car industry. Now that their launch plans for 2019 are complete, it’s worthwhile going back to see how the four segments they’re competing in—sub-compact crossover, compact crossover, mid-sized SUV/pickup-based passenger vehicle, and pick-up truck are doing. 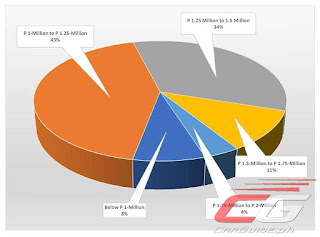 The fastest growing segment in the country is, without a doubt, the pickup truck segment. Selling 56,126 units based on the CAMPI/AVID combined full-year 2018 report, this segment benefited the most from the revised vehicle excise tax. What’s surprising is that a majority of buyers still go for the mid-tier models with the P 1-million to P 1.25-million bracket accounting for 23,850 units or 43 percent of sales. This is followed closely by the P 1.25-million to P 1.5-million range with 19,072 units or 34 percent of sales. 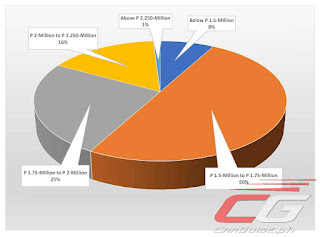 On the other hand, the mid-sized 7-seater SUV segment, otherwise known as the pickup-based passenger vehicle or PPV segment may have slowed down a bit after the implementation of the revised excise tax scheme, but the segment remains resilient, accounting for 56,857 units in sales in 2018. Like the pick-up truck segment, the hottest segments here are the mid-trim models with the P 1.5-million to P 1.75-million and P 1.75-million to P 2-million bracket accounting for 75 percent of all sales. 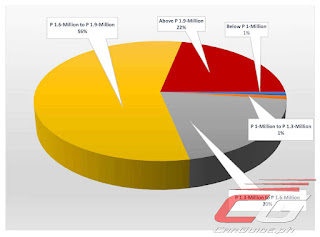 Meanwhile, despite being the “default” replacement to the compact passenger car, the compact crossover has how become largely a niche model. So far in 2019 (January to September), only 4,700 units were sold. Surprisingly, unlike those in the PPV and pick-up segments, buyers in the compact crossover segment seem to prefer higher-spec models with those priced in the P 1.3-million to P 1.6-million and P 1.6-million to P 1.9-million taking a collective 77 percent of the segment. 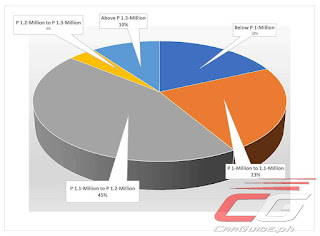 Finally, we arrive at the sub-compact crossover segment. Yet another fast-growing market segment, the so-called “B-segment SUV” is where the majority of new players, typically from China are entering. In this segment, a low price tag is key to sales success. Here, 41 percent of all sales are found in the P 1.1-million and below bracket, while 44 percent are in the P 1.1-million to P 1.2-million bracket. That said, this segment is also highly elastic given that a sizeable chunk—10 percent—accounts for sub-compact crossovers priced above the P 1.3-million mark. These figures discount the 7-seater small SUVs.