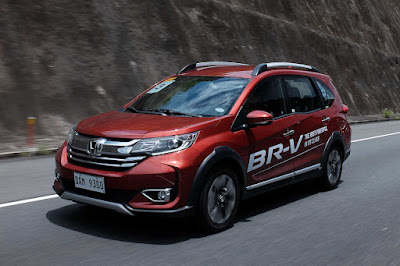 Once in a while, Honda needs to remind people on just how good their vehicles are. Three years have gone by since the Philippine market launch of the 7-seater BR-V, and it remains forever young—withstanding the test of time despite a much more crowded segment now.

What will you do with all that power, you ask? Well, for one, you can shut people up each time they ask, “Kaya ba niyan umakyat ng Baguio?”

Now, it must be said that the natural qualities of Honda’s VTEC, well, i-VTEC in this case, is at play here. The peak torque of 145 Nm arrives at 4,600 rpm—at least 200 rpm higher than anyone else, and that means having to wring the engine to get some pace going. Once the engine hits its stride though, it’s got decent pace. It’s no Civic RS Turbo, but it’s no Toyota Slow, err…sorry…Rush either. Better still, the CVT’s expanded gear ratios make the BR-V feel snappier.

Speaking of being snappy, you know what’s really, really, really good about the BR-V? The road manners. Being the most powerful sounds nice on brochures, billboards, and stuff, but its best trait? The handling. Compared to all other small 7-seater SUVs out there that drive like compromises, the BR-V feels the least one. Yes, it understeers when pushed, and the steering could use a bit more precision, but it still feels secure and planted. On the highways, in particular, the steering weighs up nicely. It can also be slightly naughty and provocative too—it’s easy to chirp the front wheels, and still catch it mid-corner. It’s also fairly quite even at 100 km/h with controlled levels of wind, road, and tire noise. This here is the best of the lot, bar none.

On the subject of aesthetics, Honda says the focus this 2020 is to make the BR-V look more like an SUV than an MPV on stilts. They’ve largely accomplished so with the new “fangs” on both ends, and the larger chrome maw in front. “Wide & Wild” they call it, but you’ll have to take our word for it, else you risk hitting up some NSFW websites today. It’s a shame though that LED headlights still aren’t on offer—they would have made it the complete package.

Inside, BR-V remains largely unchanged from before. It still looks pretty austere with hard plastics used throughout. Still, everything feels solid, and it’s been modernized with the new “dark steel” trim. Front and center to the driver is a familiar control layout consisting of an instrument cluster nicked from the City and a steering wheel nicked from the 8th-generation Civic. Rummaging through the Honda parts bin may not sound appealing, but why reinvent the (steering) wheel? The three-spoke tiller itself is nice to grasp while the gauge cluster is a lesson in simplicity. Sadly, it still doesn’t have that nifty ambient coaching light found in the City or Jazz—only an “Eco” indicator that lights up whenever it’s driven economically.

The front seats are new and are now equipped with adjustable headrests, but sadly, the seat height still remains fixed. Still, the resulting driving position is still comfortable and one that you would pretty much expect in a crossover or SUV: tall, with a commanding view of the road ahead. Oh, and at least it’s got a foot rest.

The BR-V also remains king when it comes to the subject of interior packaging. Riding on a footprint no bigger than a compact sedan reveals comfortable seating across three rows. The step height is near perfect, while space across all three rows comfy enough. More importantly, when the third row isn’t used, occupants in the second row are treated with enough room to cross their legs comfortably. When more people need to squeeze in, the second-row bench actually slides and reclines in a 60/40 split. This eliminates any attempts to cross legs, but it equally divides the available knee room between the second and third rows. Speaking of the third row, it’s slightly knees up back there, but there’s more knee room here than an economy seat in a budget airline.

In the three years that has passed since Honda’s introduction of the BR-V to the market, dabbing has come and gone and the water bottle challenge has been replaced by the bottle cap challenge. In today’s fast fashion and internet memes, the zeitgeist moves quickly. Yet, there are still some constants: the sun rises in the east, the Supra is a BMW, and the BR-V is still the most well-engineered 7-seater small SUV around.