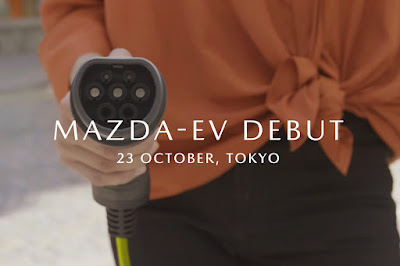 Mazda is finally ready to plug-in. After getting left behind in the EV game, the Hiroshima-based carmaker has announced that its first mass-production battery electric vehicle will make its global debut at the 2019 Tokyo Motor Show.

Not much is known at this time, but Mazda says it will be a completely new model—separate from any of its traditionally-powered vehicles. That said, it forms a part of the company’s seventh-generation lineup joining the likes of the all-new Mazda3 and CX-30. Despite its switch to electric power, Mazda says its EV is still developed in accordance to human-centric design.

It must be remembered that in 2017, Mazda, Denso, and Toyota formed the EV C.A. Spirit Co., Ltd. to fast track the development of battery electric vehicles. In 2018, Subaru, Suzuki, Daihatsu, Hino, Isuzu, and Yamaha joined the coalition as well. If this model is borne from this collaboration, it will utilize an architecture derived from Toyota’s TNGA platform and will benefit from Mazda’s computer modeling-based development and bundled product planning.
at 4:00 AM