You Can Now Book a Jeepney on Lalamove 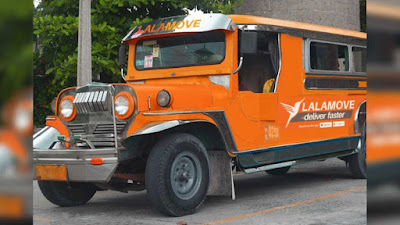 Lalamove, in partnership with the Quezon City local government, launches a one-of-a-kind vehicle to cater to the delivery needs of the QC residents, the LalaJeep. The project’s goal is to help jeepney drivers who were displaced from work due to the community quarantine. This will also provide more affordable options for business owners who are heavily reliant on the delivery app as they move essential goods and shift their business online and delivery-enabled to adapt to the new norm.

From now until August 15, customers will see LalaJeep as a new delivery type on the Lalamove app. It falls just in between the motorcycle and the 300-kilogram delivery services, ensuring that it will be affordable for anyone to avail. During the project, LalaJeep will only be available in Quezon City.

The Quezon City government facilitated the group training sessions for their jeepney driver constituents, helping them to easily onboard to the delivery app. During the preparation of the launch, around 200 jeepney drivers signed up to be part of the LalaJeep fleet. With an alternative source of income, both Lalamove and the Quezon City local government hopes that the LalaJeep project will alleviate the adversity caused by the pandemic and the community quarantine.