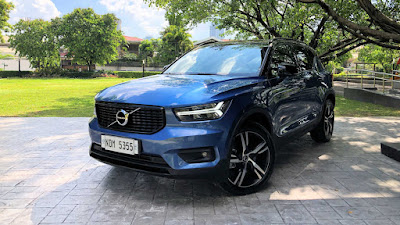 Over the course of nearly three months of being under the Enhanced Community Quarantine, I realized that one thing that we do nearly every day, but take for granted, is driving. After being forced to stay home and off the roads, we soon started to miss being behind the wheel of our favorite car, whether it’s an old-reliable or brand-new. At the same time, we begin to see our vehicles under a different light—they are not simply a means of transportation, but an extension of our daily life.

This is how I have come to view the Volvo XC40 T5 R-Design. When I first picked it up at Volvo’s Makati showroom, there was an immediate wow factor, if only because it would be the first time for me to meet a Volvo SUV. Growing up, the Swedish brand was synonymous to a classic luxury executive sedan or wagon that had a successful mogul behind the wheel. To see the badge on a premium SUV was intriguing. Being a Volvo, also a tad intimidating. 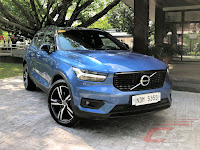 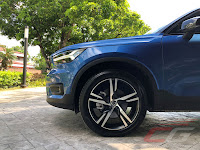 My unit came in Bursting Blue Metallic, an eye-catching version of the calming color. The front-facing design was clearly Swedish; simple, clean, and above all, well-proportioned. Looking at it straight upfront, the R-design grille is just the right size and not overpowering, allowing the signature Volvo insignia to remain center stage. On either side, the LED headlights, dubbed “Thor’s Hammer,” stretch across a rounded corner, giving both an edgy, yet modern feel. The hood sits right atop the front grille, with just a slight tilt on the rim for a firm, no-nonsense, sporty appeal. The 19-inch 5-double spoke Black Diamond Cut Alloy Wheels finish off the minimalist look.

The door opened more easily than I expected, lighter than most European vehicles that I have ridden in. Immediately, the highlight detail caught my eye, specifically the matte reflective carbon fiber decal against the panel that held the door handle. It sits against supple leather, striking a balance between luxe and trendy. This same detail appears in other areas across the front of the cabin, like the spots next the driver’s A/C vents and the strip panel right in front of the passenger seat. 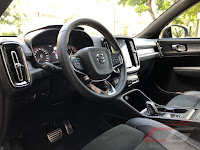 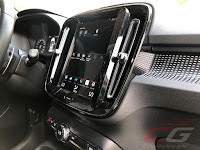 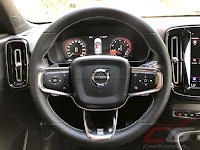 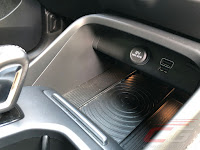 Another consistent element was the shape of the A/C vents, made to match the vertically elongated design of the touchscreen infotainment monitor at the center of the dashboard. It’s subtle, but most of the curvature are made to be vertical, rather than stout and rectangular. This allowed for a seamless line from the infotainment monitor to the center console. One of my favorite provisions is situated right below the monitor—a USB plug, power point, and a wireless charging pad, something that is still uncommon in many of today’s vehicles. The center console also discreetly holds a mini garbage unit, where you can stash small amounts of trash for disposal later on.

Being a Volvo, the dashboard and trimmings were undoubtedly plush, right down to the steering wheel. The seats, on the other hand, had a smooth suede center panel that cut through the rigidity of pure leather—again, signifying the position of the XC40 for the younger, trendier segment. And if you’re one who would always have his or her work along, the door pockets are wide enough to fit a laptop. 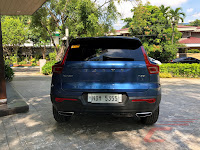 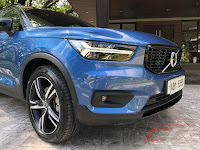 In terms of modernity, the XC40 prides itself in connectivity—connecting with its owner, whether driver or passenger. To achieve this, it adopted a user interface called “Sensus,” which is designed around five basic behaviors: entertainment, connectivity, navigation, services, and control. That said, every single control point was made to be at the touch of your fingertips, ergo, through the touchscreen infotainment system. From smart device access to car settings to even climate control, it’s all done on the car’s monitor.

Personally, I love how technology makes everything so much more convenient for people, especially when there is so much you need to do at so little time. Sometimes, it’s great to have everything you need in one place. However, when it comes to a car, and being a driver, it’s not always the case. 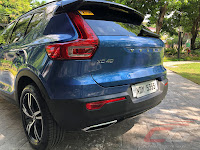 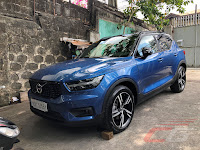 Again, what’s commendable is that everything is in one place. In fact, you may mistake the manual knobs and buttons right below the monitor for a/c controls, but it’s actually for adjusting your music. I like how Volvo has organized the system to maximize its technology and make things more cohesive for the driver. In fact, the touchscreen was very responsive and all you need is a light tap, with little room for inaccuracy. The connection through Bluetooth was quick and easy. The car settings were detailed and smooth to navigate.

The downside, however, is that there was just too much on the menu that it felt like I was scrolling through an iPad every time, searching for the right app that I did not remember on which screen I positioned it at. Compared to actual physical buttons or knobs, it did not become second nature that I could reach out and know that I was pressing on the right control without so much as a glance. Coming from the perspective of a driver who has never encountered such a system, it took longer to get used to swiping through the monitor just to find the right control point—and this was considering there is not much time for that when you’re on the actual road. I believe that a better balance could be made between a fully integrated system and one that combines the best of old and new tech. 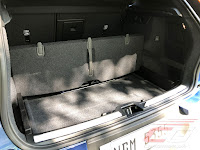 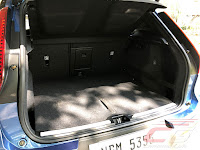 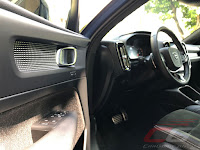 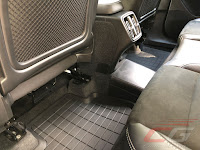 Going back to my earlier statement, that a vehicle has become an extension of our daily life, such was what I experienced with the XC40 for the nearly three-month period that I had it. With the limitations imposed by the enhanced community quarantine, the XC40 became the family’s designated workhorse, considering that there was little chance to drive it further elsewhere. Let me start by saying that the XC40 had an impressive cargo hold. Many premium SUVs concentrate on making the exterior and interior details impressive, often forgetting that functionality is a turning point in making or breaking a sale. The XC40 proved to have the capacity to support the lifestyle of a five-member household — from transporting an aquarium and other large items home before the lockdown to accommodating 2-3 weeks’ worth of groceries for us to avoid having to leave the house frequently. All this, without having to fold down the rear seats. In addition, a highlight for the hold is having an adjustable and foldable tray that helps you in organizing your bags and items to avoid them rolling around while the car is moving. Just lift and segregate, or lift and elevate.

An improvement that Volvo may want to look at is its low headroom. For an SUV, the XC40 is limiting in its capacity to accommodate taller individuals. It was just right for a petite 5’3” female, such as myself. However, when taller males sat inside, the tops of their heads were already rubbing against the ceiling; and we’re just talking 5’9” to 6’ in height. 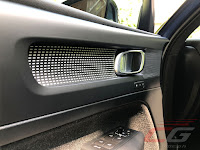 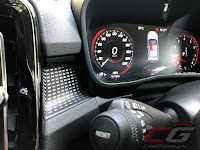 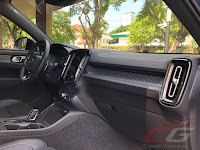 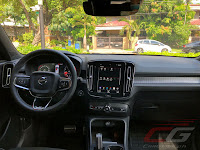 Driving the XC40 felt less European and more Japanese in character, and that’s a good thing. Having a 2.0-liter turbocharged engine and all-wheel drive, there was no delay in power. Acceleration was smooth and immediate. But more surprisingly is that it didn’t have weighted heft that most European vehicles had. The steering was, I found, on the light side. The suspension too is a tad bouncy, especially at higher speeds. The ground clearance is generous that you don’t have to worry about scraping the lip of the car, but you would want to be extra slow in going over that bump. Despite this, the XC40 was still sturdy and kept to the ground rather than running beyond the driver’s control, which made all the difference.

By the time it went home, the XC40 has given me a solid impression that the new breed of Volvos is not just for the elite, but it has been redefined to be made for everyone. It is no longer a car for that special weekend. Rather, it will become your new daily favorite, from taking you to work, running your errands, or that special occasion.