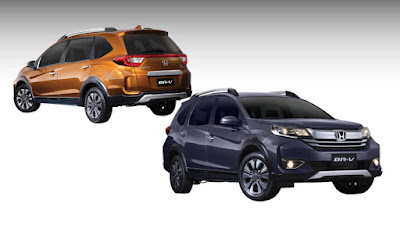 Horsepower. It’s something we commonly associate with sporty or performance cars. Yet, we forget that this unit of measure is also very applicable to something even more modest—like the 7-seater Honda BR-V.

Generally speaking, the more horsepower a car produces, the better its performance. Together with torque—a measure of twisting force, it makes for better acceleration. Better acceleration means better driver confidence, especially when you find yourself having to ferry 7 people at the same time. Oh, and it also results in a less-taxed powertrain resulting in better fuel economy, too. Better power and fuel economy are just two reasons why the Honda BR-V stands out among its peers in the 7-seater sub-compact SUV class.

Going back to the carmaker’s penchant for engineering the best engines on the planet, the BR-V’s 1.5-liter SOHC i-VTEC engine produces 120 PS at 6,600 rpm and 145 Nm of torque at 4,600 rpm—far better numbers than anyone else. This helps it achieve the segment’s best power-to-weight ratio—up to 15 percent better. And because they’ve opted to pair it to an Earth Dreams CVT instead of a 4-speed automatic, it does up to 22.58 km/L.

Beyond its mechanicals, the BR-V remains a looker. Its managed to gain a “baby CR-V” appearance with its large chrome grille and sculpted bumpers. Fender and side moldings are standard, as are 16-inch two-tone alloy wheels. Inside, it’s all about having an above-class look and feel. The 7-inch infotainment system now has integrated Apple CarPlay and Android Auto—the first in its class to do so, while the higher trim 1.5 V adds leather seats as well as a smart entry with push-start and paddle shifters.

Powerful, fuel-efficient, and certainly a looker, the 7-seater Honda BR-V is an SUV that has it all. It’s great for Filipino families who seek something more than the ordinary—those who want refinement and comfort along with practicality. Best of all, with prices starting at P 1.035-million, it doesn’t break the bank.