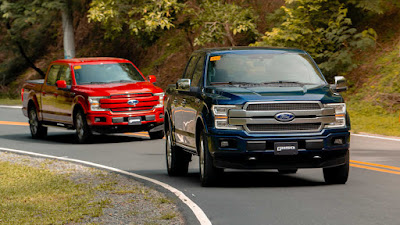 The Philippine launch of the 2020 Ford F-150 (read the launch story) a day before the global reveal of the all-new one certainly raised some eyebrows (ours included). But instead of launching into an online tirade, we simply asked Ford Philippines Managing Director PK Umashankar for his side of the story.

Uma, as he prefers to be called had a very simple explanation: “We meant to launch the Ford F-150 for the Philippine market way back in March [it could have been their surprise unveil at the now-canceled Manila International Auto Show]. But COVID-19 happened. My team had to regroup, and stagger the launch. It was coincidental that our new launch date is so close to the global reveal of the new one.”

Still, even if Ford will unveil the all-new 2021 F-150 later this week, he explains that this won’t dampen the Philippine launch of the current F-150. Due to product launch cadence—production planning, shipment, logistics, and the like—the all-new model isn’t due for export markets for quite some time. North America gets the all-new truck first and that’s going to happen, at the earliest by the end of this year. Markets such as the Philippines? The window is a full 18 to 24 months.

So why bring in the F-150 right now? The addition of the F-150 is a response to the Philippines’s growing appetite for pickup trucks. What was once a niche market, Uma says, has now grown to 16 percent of total vehicle sales, or in a good year, around 70,000 units.

It was the runaway success of the Ranger Raptor starting in 2018 though that prompted Ford to bring in the F-150.

“The Philippine sales of the Ranger Raptor far outweighed every other region around the globe,” says Uma. “The mix of Ranger Raptor that we sell here is about three to four times than other markets. There were good months for Metro Manila dealerships where every other Ranger they were selling was a Ranger Raptor. That told us one thing: Filipino buyers buy into lifestyle.”
at 11:35 AM