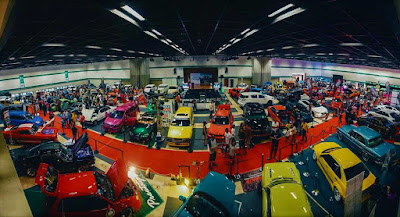 Given the current situation surrounding the global pandemic and efforts to contain it, it doesn’t take a rocket scientist to predict that there will be no big motor show happening in the Philippines. True enough, after initially announcing a postponement, the Manila International Auto Show (MIAS) is officially off this 2020.

The organizer, Worldbex Services International released an official statement saying that the next Manila International Auto Show is slated for 2021—April 8 to 11, 2021 to be exact. Naturally, that’s still going to be subject to change whether the COVID-19 situation improves or not.

Meanwhile, the other big show, the biennial Philippine International Motor Show (PIMS) is also canceled this year. Though no official statement has been released yet, multiple industry sources say it has been canceled in light of the current pandemic. Organized by the Chamber of Automotive Manufacturers of the Philippines, Inc. (CAMPI), PIMS was supposed to have an opening late in late October.

Because PIMS happens every other year (the year that the Tokyo Motor Show skips actually), it’s currently unknown whether they’ll opt to hold PIMS next year (breaking with their tradition), or just hold it in 2022.