Here's Your Last Chance to Buy a Subaru Legacy for the Price of a Forester 2.0 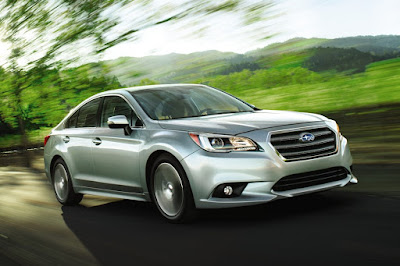 Christmas comes early if you’re in the market for a new Subaru, specifically the Legacy executive sedan. Motor Image Pilipinas, the exclusive distributor of Subaru vehicles is making the Legacy 2.5i-S even more enticing with deals throughout this November.

Until the end of the month, the Subaru Legacy 2.5i-S can be had with a P 200,000 yes, two hundred thousand) discount for cash buyers. That makes it cheaper than the Levorg or even the Forester 2.0i-Premium.

If these two deals don’t suit you, Motor Image Pilipinas is offering other flexible deals that can be tailor-fit to you and your finances.

Aside from rewarding yourself for a job well done this 2017, consider this as a great way to get the 2017 Subaru Legacy before the excise tax (potentially) kicks in by 2018.
at 7:39 PM