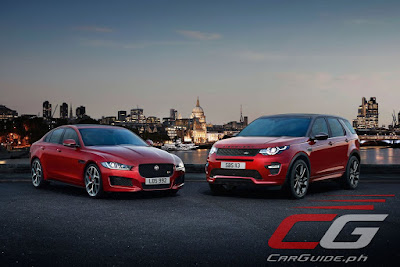 Jaguar Land Rover Asia Pacific Importers signed on a new partner for its premium brands in the Philippines effective immediately. Its two brands, Jaguar and Land Rover, will now be imported and distributed by Coventry Motors Corporation.

Mr. Colgan says that CMC’s track record in the premium automotive segment speaks for itself. Aside from that, CMC’s commitment to provide excellent customer service from sales to aftersales to parts support also aligns with the values espoused by JLR. Mr. Colgan also cites the expertise of CMC’s top management team led by its Chairman, Mr. George T. Barcelon and its President, Gerardo “Gerry” Alejandro.

“We [JLR] strongly believe in their [CMC] capability to make incredible headway in growing the Jaguar and Land Rover brands and market share in the Philippines,” Mr. Colgan said.

His words were echoed by Mr. George Barcelon who looked visibly excited with the new partnership: “We are very excited to have been appointed by Jaguar Land Rover to bring their business visions to life in the Philippine market. Jaguar and Land Rover are taking the automotive world by storm with cutting-edge technology and fresh, dynamic designs that have resulted in incredible year-on-year growth. We believe that by working closely together with Jaguar Land Rover Asia Pacific, we can bring new life and innovation to the Philippine automotive industry.”

The signing of the distributorship contract lays down the groundwork to bring back Jaguar Land Rover into the country.

Showing off CMC’s commitment to bring in the latest products from JLR, they showed off the Range Rover Velar, the brand’s first on-road biased mid-sized SUV which slots in-between the compact Range Rover Evoque and Range Rover Sport. The Velar is expected to go against the BMW X3, Lexus RX, and Mercedes-Benz GLE-Class when it goes on sale next year. No price has officially been announced yet.

Other products in CMC’s pipeline include: the XE, XF, XJ, E-Pace, F-Pace, and F-Type for Jaguar and the Discovery, Discovery Sport, Range Rover Sport, and Range Rover for Land Rover.

Moving on, CMC will announce its first dealership (officially) soon with an opening date slated for the first quarter of 2018.

In the meantime, CMC has announced that they will now accept current Jaguar and Land Rover customers for service under an appointment basis. Interested parties may contact Coventry Motors Corporation at: 63 2 723 5808.
at 10:17 AM